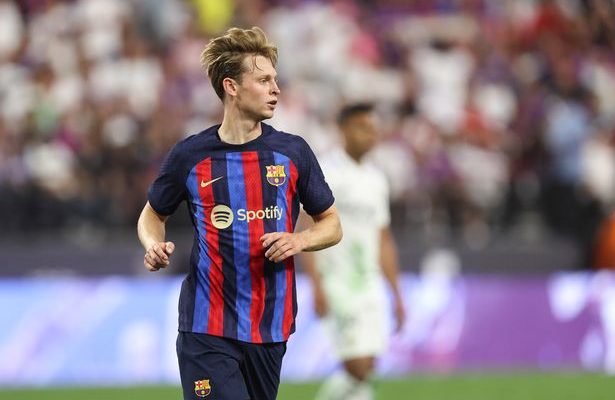 Chelsea are showing they still have plenty of business to take care of during this transfer period, with reports they will make significant bids for Barcelona’s Frenkie de Jong and Leicester City’s Wesley Fofana.

De Jong has been at the center of transfer news since the end of the season, locked in an ongoing saga with Manchester United after they finally met Barcelona’s asking price, but the 25-year-old Netherlands international has revealed he has no interest in heading to a club outside the Champions League.

Meanwhile, Chelsea have been building on their desire for another quality centre-back to bring in alongside Kalidou Koulibaly, and after Barcelona pounced on Jules Kounde’s Blues target at the 11th hour, Fofana is the new hot name for a long time. -term solution in the middle of the defense.

Immediately after Barcelona secured Kounde, there were reports that Chelsea were then unwilling to do further business with the Spanish giants, retaining Marcos Alonso and Cesar Azpilicueta.

However, that appears to have changed as Sport report that the Stamford Bridge side will make a bid for De Jong, who Barcelona value at €80m, and if a deal can be done, Barca will then immediately use some of those funds to sign the Manchester . City midfielder Bernardo Silva.

Fofano, 21, who has represented France at Under-21 level, is said to be valued at £85m by Leicester after recently locking in a five-year contract that expires in 2027. Paris Saint-Germain are also said to be interested in the defender Foxes.

One Comment on “Rumour Has It: Chelsea ready to make offers for De Jong and Fofana”