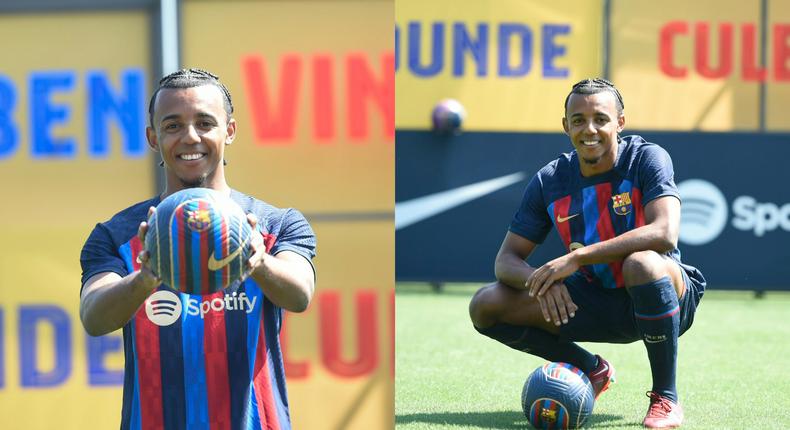 Jules Kounde has detailed the role Xavi played in bringing the defender to Barcelona from Sevilla, describing how “important” it was the coach was pushing for the deal.

The 23-year-old was long courted by Premier League side Chelsea, who were widely reported to be ready to secure a deal before Barcelona decided to hijack the deal.

It was the second time a late Barca move has disappointed the English side as the Blaugrana beat them to the signing of Raphinha from Leeds United, while they also signed Andreas Christensen on a free transfer from the Blues.

For Kounde, however, the key to his decision was the conversations he had with Xavi.

“I had some good talks with Xavi, he always expressed his desire to come here and that was important for me,” he told a press conference.

“This is an important moment in my career and in interviews he asked me to continue what I did at Sevilla, to continue to be aggressive, to bring the ball from the back, to distribute, these are some of my strengths.

“Barcelona is a great club, also very demanding, and that’s what Xavi talked to me about.”

Kounde’s arrival at Barcelona is part of a major recruitment drive by Xavi, with other new arrivals Robert Lewandowski, Raphinha, Christensen and Franck Kessie.

But the French international has the advantage of experience playing in Spain and believes he will quickly settle in at the club.

“My knowledge of the league will make it easier to adapt as quickly as possible, to adapt to Barcelona’s style,” he explained.

“Of course, my coach will ask me to get to know my teammates as well, and that will take some time, but it won’t be a problem.

“I have to grow and learn here. I’m still very young and I’m here to help the team at any moment, whatever the coach asks of me and my teammates.”