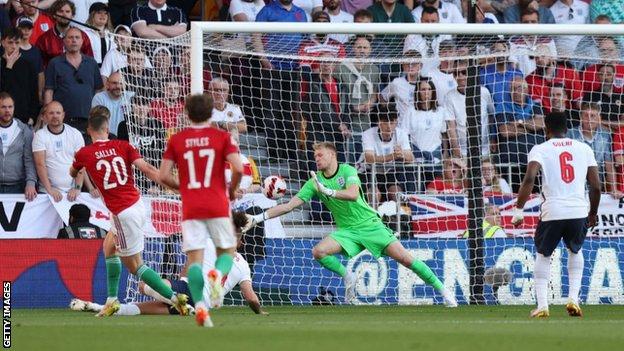 England are in real danger of suffering UEFA Nations League relegation after they succumbed to an abysmal 4-0 defeat at home to a ruthless Hungary on Tuesday.

Gareth Southgate’s side were unsettled in their first three games but were worse than visiting Hungary, which ended up doubling the Three Lions.

An early defensive error gave Hungary the ability to move forward as Roland Sallai punished the players appropriately, and although England saw another amazing football, the latest offensive tactic continued.

The Three Lions did not bother Hungary goalkeeper Denes Dibusz at all before Sallai scored his second 20 minutes early in Molineux.

It has been very bad for England, as Zsolt Nagy and Daniel Gazdag beat any team on John Stones ‘red card to defeat the Three Lions’ worst home defeat since 1928.

Although England enjoyed a good start, they found themselves trailing in the 16th minute as the Stones unwittingly returned to the danger zone and Sallai was present beating Aaron Ramsdale.

Athletes seemed to climb higher after the break, but it was not the beginning of significant progress.

The game was over them for 70 minutes in the afternoon, with Martin Adam blaming Kalvin Phillips’ error before feeding Sallai, who shot in Ramsdale’s legs.

And things got worse.

Harry Kane’s header hit the crossbar, and shortly thereafter it was 3-0, as Nagy scored from 25 yards out.

England’s misery was compounded by a harsh second yellow card for Stones after an off-the-ball collision, and Hungary completed their humiliation thanks to a cheeky chip by Gazdag.