Youssoufa Moukoko is one of the brightest prospects to come through at Dortmund in recent years, and the club are hoping to keep him.

Borussia Dortmund have told Youssoufa Moukoko to finalise his future plans “this week” with the Bundesliga club wanting the draw a line under contract negotiations.

The 18-year-old striker’s contract expires at the end of the season and Dortmund said they had made him a “very attractive offer” for an extension.

According to sporting director Sebastian Kehl, the club have now issued an ultimatum to Moukoko and his advisers so that the player can “fully devote himself to sporting challenges” before the Bundesliga resumes this weekend.

Speaking to Kicker Magazine, Kehl said: “We put together a very attractive offer that gives him a lot of room to develop. That should lead to a decision. He has to do it with his surroundings and his advisor.”

“Youssoufa can now accept this offer and commit to Borussia Dortmund or we will go our separate ways. I would like him to choose us because he is not at the end of his development and I see huge potential in him. But there are limits for us as a club. And we’ve shown those limits, now it’s up to him to decide.

“Youssoufa and his advisers know that we expect a decision this week because we want to have it clear before the first game back [after the World Cup break] so that the boy can fully focus on the challenges of the sport.”

Moukoko – who was part of Germany’s World Cup squad in Qatar – became the youngest ever Bundesliga player when he replaced Erling Haaland in a 5-2 win against Hertha Berlin in November 2020, just a day after his 16th birthday.

He has scored six goals in 14 appearances (eight starts) in the Bundesliga this season, but Kehl believes there is much more to come from him.

“Youssoufa is a great boy,” he said. “He has been with us for almost seven years, we have trained him and developed him. He has become a professional and a representative with us. He has received incredible support from us and has worked hard himself to achieve success.”

Kehl also said Dortmund are “very relaxed” about Marco Reus and Mats Hummels, who are also out of contract at the end of the campaign.

“I can say from the conversations with both of them that we are very relaxed about the situation,” he added. “Both have already spoken publicly about it in recent weeks. Mats has decided he wants to wait and see how it goes for him. He has said so publicly himself.”

“Obviously the players are worried about their future. That’s normal. I’m confident that in the talks we’ll find a way to move forward together.” 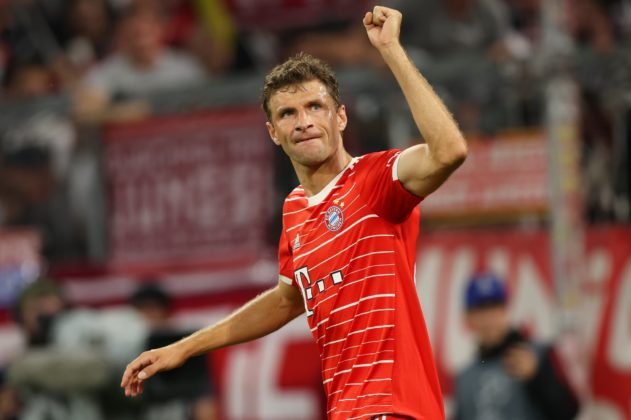