England fans are expectant once again ahead of the 2022 FIFA World Cup, having reached the final of Euro 2021 last summer and the last four at Russia 2018.

Gareth Southgate has guided the Three Lions closer to glory than any other manager since they last lifted the World Cup in 1966 – and Euro 2022 glory for the national women’s side has only added to the excitement ahead of the trip to Qatar.

Southgate will want to manage the pressure around his team as preparations for the tournament continue, but the former defender should be confident of another strong performance. England will start among the leading contenders for the famous trophy.

Southgate is expected to name his final 26-man squad on Thursday, November 10 and will choose his starting line-up himself, but domestic form and injuries will also play a key role in his final decision. There are a number of injuries to consider that could lead to the team being somewhat limited heading into the tournament.

Southgate is likely to keep faith with the bulk of the squad that powered England to within touching distance of winning Euro 2021 last year, before their heart-breaking final defeat on penalties to Italy.

His starting defence and midfield rarely changed during the competition, and there appears to be little reason to alter his starting XI plans at this stage.

However, a mixed return to Premier League action for some in 2021/22 unsettled certain positions, with Manchester United trio Harry Maguire, Luke Shaw and Marcus Rashford coming under the most significant pressure. Rashford has shown improved form under new Man United manager Erik ten Hag with Shaw and Maguire slowly regaining their confidence. 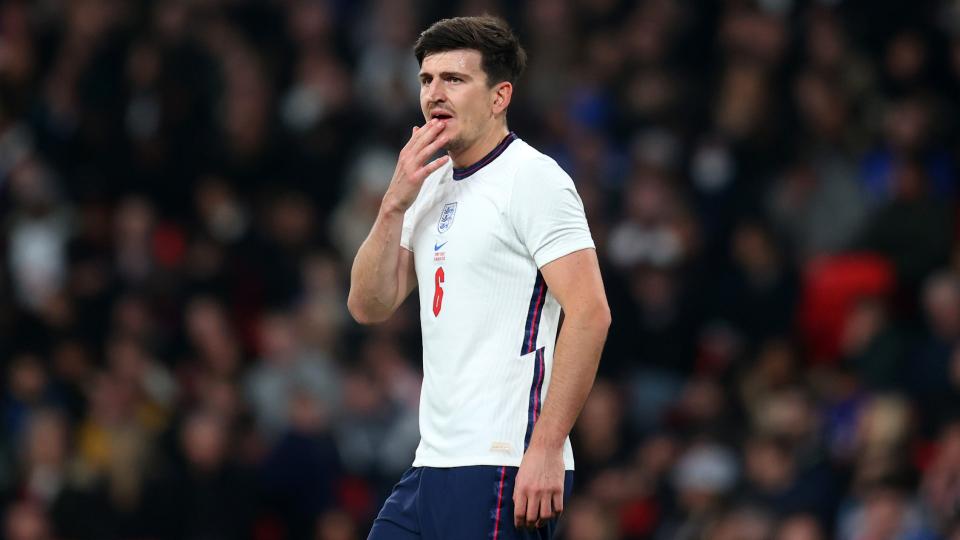 Additionally, there are some injuries to key players for consideration. Most importantly, Reece James has been ruled out though injury. The Chelsea defender has not recovered sufficiently from the knee injury he picked up against AC Milan last month and Southgate has now told him it’s too much of a risk to take him. Kyle Walker’s situation is up in the air, with a groin injury that required surgery and still no estimated return date.

Midfielder Kalvin Phillips hasn’t played for months with a shoulder injury, and there’s also no estimated date for his return, which is a major doubt. Arsenal midfielder Emile Smith Rowe had groin surgery and is likely out of action for the World Cup. Another Gunner international Bukayo Saka was forced off in Arsenal’s match against Nottingham Forest on October 30 and there will be plenty of attention around his diagnosis moving forward.

Then, on November 5 it was confirmed that left-back Ben Chilwell will miss the World Cup after a “significant injury” to his hamstring suffered during Chelsea’s 2-1 Champions League win over Dinamo Zagreb on November 2. That leaves England shorthanded when it comes to left-sided defenders with Luke Shaw the only natural left-back though Kieran Trippier can also fill in.

Chilwell’s name was probably on Southgate’s preliminary list including between 35-55 players which was submitted to FIFA by Friday, October 21 but not revealed by the English FA. Southgate’s final 26-man squad will be announced on November 10, four days before the official FIFA deadline.

Although the preliminary list was not formally announced by the English FA, news reports have already provided us with a handful of names who made the first cut: Callum Wilson (Newcastle), Eberechi Eze (Crystal Palace), James Maddison (Leicester City), Lewis Dunk (Brighton), and Danny Welbeck (Brighton).

Taking the above into account alongside previous World Cup qualifying and friendly rosters across the past year, these are the names most likely to be on Southgate’s preliminary list.

England will not play any pre-tournament friendlies ahead of the World Cup with Southgate basing his final squad pick on domestic, and previous international form. Reports indicate that he will reveal his 26-man squad on Thursday, November 10.

Here’s a projected look at a possible 26-man list assuming players are fit and ready, which at this stage is far from certain. The participation of Smith Rowe, Walker, and Phillips seems to be trending towards unlikely, and the prognosis for Saka and Chilwell will be worth watching in the coming weeks.

Southgate is expected to announce his final 26-man roster on Thursday, November 10. The deadline to submit the final rosters to FIFA is Monday, November 14.

England will kick off its participation at the 2022 FIFA World Cup against Iran on Monday, November 21.