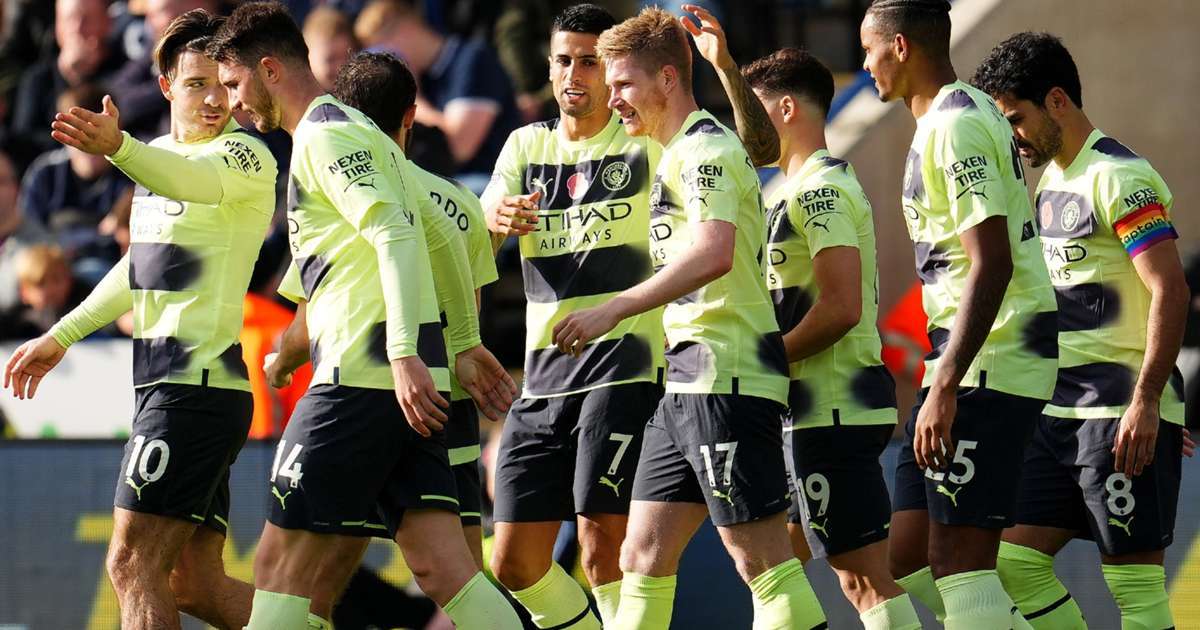 Kevin De Bruyne was the hero as Manchester City moved to the Premier League summit despite Erling Haaland’s absence at Leicester.

Despite the absence of top scorer Erling Haaland with fever and a leg injury, Pep Guardiola’s side leapfrogged Arsenal at the summit after dominating for long periods at the King Power Stadium.

De Bruyne sealed City’s fourth away win at Leicester early in the second half with a superb strike from 25 yards into the top left corner.

This result ended a three-match unbeaten run for the Foxes, who missed the chance to move clear of the relegation zone.

The visitors quickly established control, aiming to end their three-game scoreless streak on the road, but found Danny Ward in solid form.

The Foxes had to wait until the 23rd minute for their first attack, with Harvey Barnes calling Ederson into action from a tight angle.

De Bruyne then stung Ward’s palms with a powerful 25-yard attempt at the other end, but Guardiola’s men were unable to convert their first-half dominance into an opening goal.

Rodri drilled narrowly wide within 40 seconds of the restart before De Bruyne broke the deadlock in the 49th minute; sending a pinpoint free-kick past Ward.

Despite Patson Daka and former Manchester City striker Kelechi Iheanacho going close for Leicester late on, and Ruben Dias and John Stones almost contriving a freak own goal, the visitors saw out the victory.

GK: Danny Ward – 6/10 – Got absolutely nowhere near De Bruyne’s belter – though few keepers, if any, would have.

CB: Daniel Amartey – 7/10 – Mopped up any loose ball that fell his way with a no-nonsense approach that bordered on disdain.

RWB: Timothy Castagne – 6/10 – Quick to get touch-tight to Jack Grealish, coming out well in a lot of his one-on-one duels.

CM: Kiernan Dewsbury-Hall – 6/10 – Scurried around midfield, daring to snap at the heels of the neon-shirted visitors.

RW: James Maddison – 6/10 – Spent more time hurriedly clearing the ball out of his own half than creating chances at the other end.

LW: Harvey Barnes – 6/10 – Buzzed around the fringes of the contest, intermittently zipping into action.

SUB: Nampalys Mendy (46′ for Dewsbury-Hall) – 5/10 – Gave away the free-kick which De Bruyne converted but was hardly culpable for the opener.

Manager: Brendan Rodgers – 7/10 – Against the side he rates as the “best possession team in world football”, Rodgers set Leicester up to frustrate them successfully. De Bruyne’s genius can hardly be accounted for.

GK: Ederson – 7/10 – Alert when called into action despite spending large swathes of the contest dormant.

RB: John Stones – 5/10 – Spent most of the match tucked into midfield, trying to unpick the opposition without a great deal of success.

CB: Manuel Akanji – 6/10 – Not overly worked defensively, leaving the attempts to break down Leicester to his teammates.

LB: Joao Cancelo – 6/10 – Rotating with Grealish as City’s widest player on the left, Cancelo snuck a few silky passes between a pair of Leicester legs.

CM: Kevin De Bruyne – 8/10 – Aside from his moment of magic, De Bruyne roamed around in search of the ball and space, taking it upon himself to find a chink in the blue wall.

CM: Rodri – 6/10 – Directed City’s swathes of attacks from the base of midfield.

RW: Bernardo Silva – 5/10 – Held a very wide position on the right, trying to stretch the opposition laterally but was often left isolated.

ST: Julian Alvarez – 5/10 – Gamely scuttled around but was swallowed in a sea of blue for much of the contest, failing to capitalise upon Haaland’s absence.

LW: Jack Grealish – 5/10 – Afforded no space to run with the ball, limited to little darts down avenues which invariably proved to be cul-de-sacs.

Manager: Pep Guardiola – 4/10 – Can’t be afforded a great deal of credit for watching his side be stymied in open play before De Bruyne bailed him out.