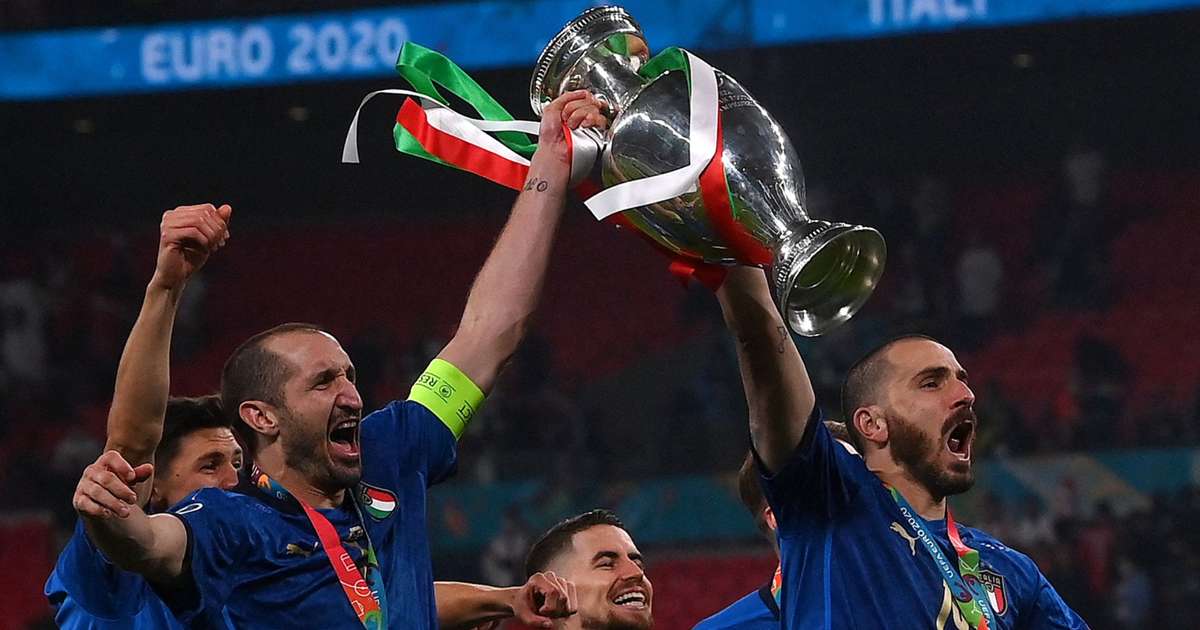 Euro 2024 qualifying will begin in March, with England and Italy set to tussle en route to Germany.

England have the opportunity to gain a measure of revenge on Italy for their Euro 2020 final defeat after the two nations were drawn together in Euro 2024 qualifying.

Italy beat England 3-2 on penalties after a 1-1 draw at Wembley in London on July 11, 2021 to win their first European Championship title since 1968.

Gareth Southgate’s Three Lions had opened the scoring through Luke Shaw, but the Azzurri levelled via Leonardo Bonucci.

And spot-kick misses by Marcus Rashford, Jadon Sancho and Bukayo Saka proved costly for England, who had hoped to win a first major title in 55 years.

The two will tussle again – twice – on the road to Germany 2024 after being drawn together in qualifying Group C in Sunday’s ceremony, which was held in Frankfurt.

Nevertheless, both teams will still expect to reach the finals given the top two in each group progress to the tournament – joining them will be Ukraine, North Macedonia and Malta.

It was North Macedonia who knocked Italy out of the World Cup qualifying play-offs earlier this year.

Group B is another standout after the Netherlands were drawn alongside reigning world champions France in a pool that also contains Republic of Ireland, Greece and Gibraltar.

Spain will be confident of plotting a way through Group A, which includes Scotland, Norway, Georgia and Cyprus, though Belgium may face a slightly sterner examination after being grouped with Austria, Sweden, Azerbaijan and Estonia.

Qualifying is set to begin in March 2023 and conclude eight months later, with the winners and runners-up of each group going straight through to the tournament.

The remaining three teams will be decided in March 2024 via a play-off section, which will be made up of 12 group winners from the 2022-23 Nations League.

If a Nations League section winner has already qualified for Euro 2024, their play-off place will pass to the next best-ranked country from the same league.