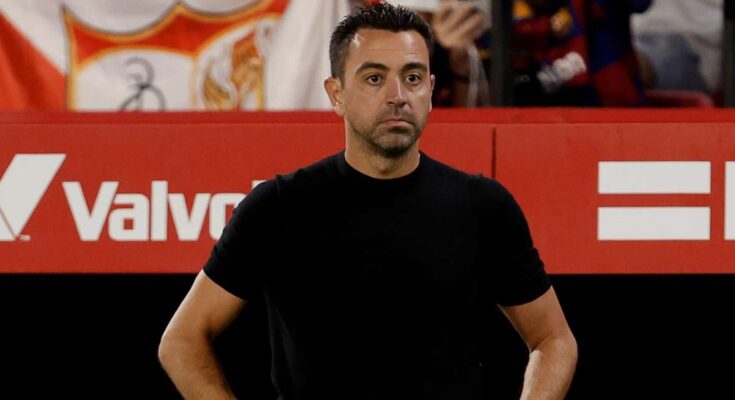 Xavi says the manner in which Barcelona cruised to a 3-0 victory over fragile Sevilla is a “good sign.”

Raphinha opened the scoring with his first Barca goal and Robert Lewandowski, fifth in three LaLiga games, doubled his lead in the first half.

Eric Garcia extended their lead with his first senior goal at the Ramen Sanchez-Pizjuan, where Jules Kounde provided two assists against his former club and the Blaugrana really should have won by a more emphatic margin.

Furious Sevilla fans booed after the defeat, which left them with just one point from four games, while Barca are second behind Real Madrid after winning for the third time in a row.

The Catalan giants have scored 11 goals in three games and the new look look like they could be great entertainers this season with that much quality up front.

Barca head coach Xavi said: “We had chances to score more goals. It’s a good sign to come to Sevilla and push through, the team is in a very good moment.”

Ousmane Dembele caused a fragile Sevilla side all sorts of problems before being withdrawn in the second half and Xavi was delighted with the impact the winger made.

“I know what Ousmane is capable of, he is a player whose approach I really like, not only in attack but also in defence. he said.

Xavi also singled out Gavi for praise following an influential display from the teenage midfielder.

He said: “I’m not surprised, I see him training every day and I see what he’s capable of. It’s amazing, he might have been the best player in the game.”