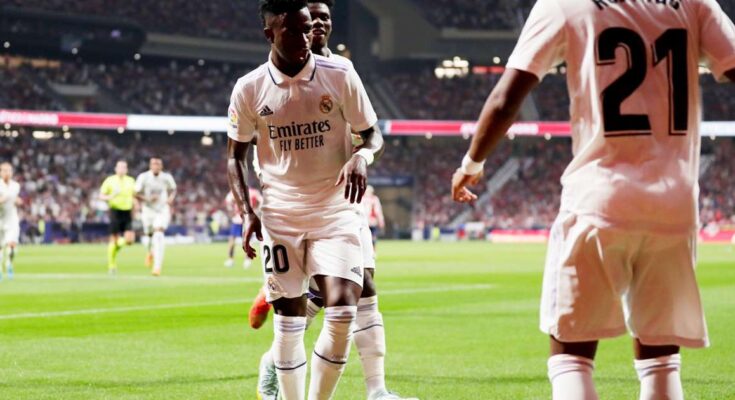 Vinicius Junior was the subject of offensive chants from Atletico Madrid fans before Sunday’s derby at the Civitas Metropolitano.

Atletico Madrid fans targeted Vinicius with offensive chants before Sunday’s clash against rivals Real Madrid and threw objects on to the pitch as he celebrated Rodrygo’s opening goal.

Much of the pre-match focus was on Vinicius after agent Pedro Bravo made a racially insensitive comment on the football TV show El Chiringuito.

Bravo said Vinicius should “stop playing the monkey” over the Brazil international’s tendency to dance in goal celebrations.

Many of the sport’s biggest names rallied behind Vinicius, with Arsenal striker Gabriel Jesus even giving his international team-mate a similar celebration earlier on Sunday.

Despite so many messages of support, a group of Atletico fans were embarrassed when they queued to enter the Civitas Metropolitano and chanted abusive chants that Vinicius was the subject of.

Vinicius and Rodrygo then celebrated with a dance when the latter opened the scoring, and several objects were subsequently thrown in their direction from the stands.