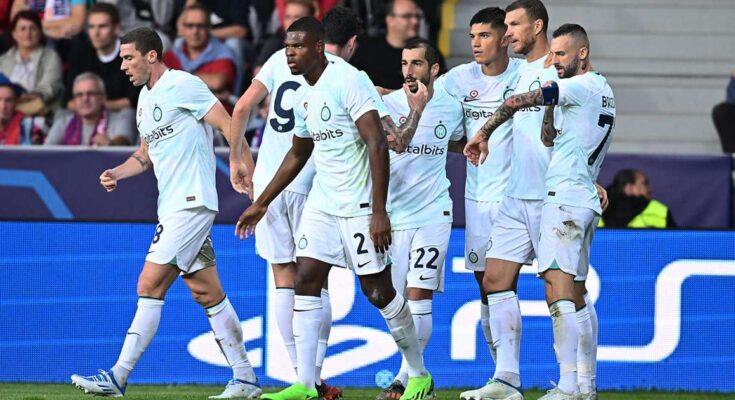 Defeat to Bayern Munich last Wednesday meant Inter needed a response in the Czech Republic and they never looked like dropping the points after Dzeko swept home in the first half.

With Simone Inzaghi’s men facing criticism after an inconsistent start to the season, the win provides a welcome boost ahead of the daunting prospect of back-to-back meetings with Group C rivals Barcelona.

Inter needed just 20 minutes to turn their dominance of possession into a deserved lead – Džeko slotting a neat finish into the bottom right corner.

Džeko could have had a second when Marcelo Brozovič slipped past him on goal, but the attacker’s weak effort was well saved by Jindřich Staněk.

Plzeň could not test Andrea Onana despite improving before the break and had Stanko to thank for making a superb save from Milan Skriniar’s header three minutes before the end of the second half.

Dumfries missed a golden chance when he nodded over the bar from six yards, but Pilsen’s chances of a comeback were dashed by Bucha’s ill-advised challenge on Nicol Barello, which saw him given his marching orders following a VAR review.

The depleted hosts were put out of their misery in the 70th minute, Dumfries making amends when he latched onto Džek’s waist and lifted a finish past Stanko.