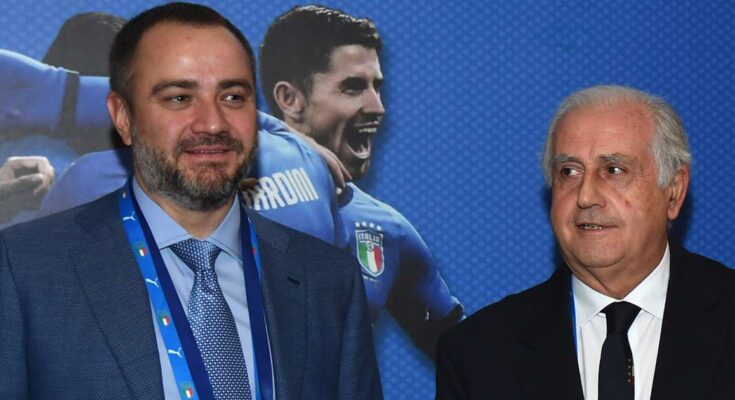 Ukrainian Association of Football president Andriy Pavelko has urged UEFA to omit Russia from qualifying for the 2024 European Championships.

Following Russia’s invasion of Ukraine in February, UEFA and FIFA jointly decided that all Russian teams, international and club, would be suspended from their competitions until further notice.

That ban continues in the 2022-23 season, but Russia will be able to play friendly matches after arranging a controversial clash with Bosnia and Herzegovina on the eve of the World Cup in Qatar.

Bosnia faced backlash for agreeing to the game, including from current players Miralem Pjanic and Edin Dzeko, with Pavelko also revealing he was doing “everything he could” to stop the game.

As for Euro 2024 qualification, the draw will take place on October 9 and Pavelko is determined Russia will be eliminated.

“UEFA’s decision formally applies only to official competitions – thus allowing Russian football officials to discuss the possible organization of friendly matches, but the Ukrainian Football Association reacts immediately to such attempts,” he said in a statement.

“We recently wrote letters to FIFA and UEFA demanding that the match between Russia and Bosnia and Herzegovina, scheduled for November 19, be cancelled.

“We also appealed to the Federation of Bosnia and Herzegovina and called on them to stand in solidarity with the entire civilized football world and refuse to participate in this match.

“There was also a call from our football legends to the players and coaches of the Bosnian national team to refuse to host the match.

“An official decision has not been made about this game yet. But we are doing everything we can to ensure that the game does not take place.

“We are taking similar steps in relation to two friendlies between the women’s teams of Serbia U-17 and Russia U-17 in October.

“We are also currently making efforts at UEFA level to prevent Russia from participating in the Euro 2024 selection draw scheduled to take place on October 9 in Frankfurt.

“The aggressor country cannot be represented in competitions where the national teams of countries, unlike the Russian Federation, respect the sovereignty and territorial integrity of other participating states.”

Pavelko added that Russia should remain “completely isolated on the international stage, including football” until they “stop committing crimes” and compensate Ukraine for damages.