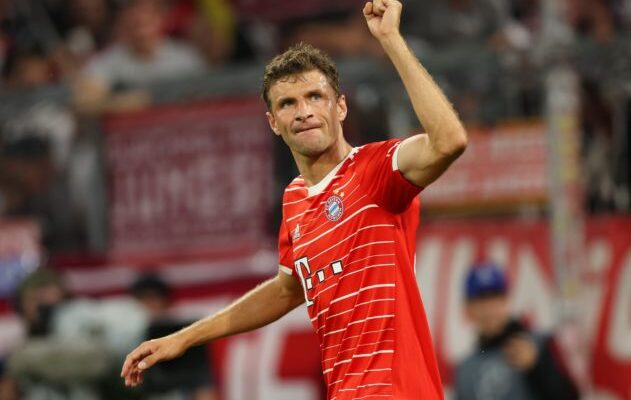 Bayern Munich star Thomas Muller experienced a roller coaster of emotions on his birthday after his home was burgled in the middle of the Champions League match against Barcelona.

The Bavarians won the match 2-0 thanks to goals from Lucas Hernandez and Leroy Sane early in the second half.

According to German newspaper Bild, the midfielder’s home was broken into at around 10:00 pm local time on Tuesday night during the match against Barcelona.

Police confirmed the theft of cash, jewelry and valuables in the six-figure range. There is still no trace of the thieves and an investigation is underway.

The Bayern captain, who turned 33 on Tuesday, learned of the incident shortly after the final whistle and went straight home. This also explains why Muller did not give any post-match interviews.

Officially, Bayern announced that their player’s sudden departure was due to a “private meeting”.

“Last night around 10:00 p.m., the police were notified of a burglary at a family home in the village of Otterfing via the alarm center and several patrols were dispatched to the property to investigate,” police said.

“While the first patrol from the Holzkirchen police station arrived at the residence only a few minutes later, at least two unknown perpetrators fled through the garden into an adjacent field and escaped in the darkness.

“As a result, other rescue services, as well as service dog handlers and a police helicopter, were alerted to the village of Otterfing in order to intensively search for the escaped robbers. However, the search measures have so far been unsuccessful.

“During the ongoing search for the perpetrators, the permanent criminal service of the Rosenheim Criminal Police Inspectorate took over the initial investigation at the scene of the crime, which is now being continued by the Miesbach Criminal Police Station due to liability.