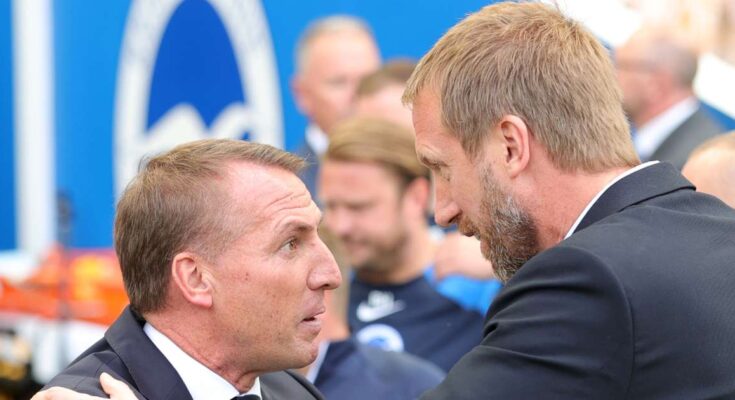 Leicester City manager Brendan Rodgers has warned Graham Potter he can expect a “different pressure” at Chelsea but believes it is a “fantastic move”.

Potter has been named as Thomas Tuchel’s successor at Stamford Bridge following the axing of the UEFA Champions League winner’s boss on Wednesday.

New Blues owner Todd Boehly has been extremely active since taking over from Roman Abramovich, splashing huge amounts of cash in the transfer market and has now made his first managerial appointment.

Chelsea were given permission by Brighton and Hove Albion to speak to Potter on Wednesday and confirmation of his appointment followed on Thursday.

Rodgers, who has experience at high-pressure clubs following his time at Liverpool, told Potter he would face different challenges than at Brighton but felt it was the right move.

“It’s a different pressure,” Rodgers told a press conference ahead of Saturday’s clash with Aston Villa.

“He did fantastic at Brighton, they’ve really developed. Behind the scenes they’re strategically well-led.

“It’s the next step and it’s going to be a fantastic step for him.”