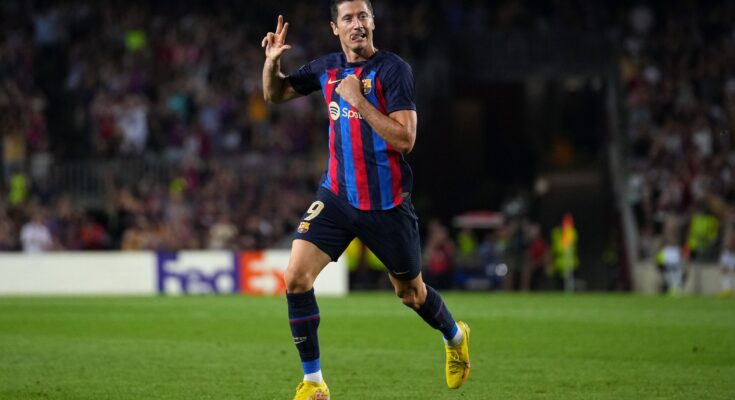 FC Barcelona blitzed past Viktoria Plzen in their first UEFA Champions League fixture of the season, hammering them 5-1 at Spotify Camp Nou on Wednesday night.

It was a stunning display of utter dominance from Xavi’s Barça side, never giving their opponents a chance en route to a huge victory that will send them top of Group C.

There were some top performers for the Blaugrana on the night, with the likes of Ousmane Dembele, Franck Kessie, and Pedri making a huge impression.

But the attention belonged to a certain Robert Lewandowski. The 34-year-old striker scored his first hat-trick for Barcelona and led them to a commanding victory over the champions of the Czech Republic.

With his three strikes, Lewandowski became the first ever footballer to score a hat-trick for three different teams in the Champions League, having previously achieved the feat with Borussia Dortmund and Bayern Munich.

While the performance and result made it a night to remember for Lewandowski, there was another personal milestone for the Poland captain to celebrate.

With his three goals, the 34-year-old surpassed Real Madrid superstar Karim Benzema on the list of all-time top scorers in the Champions League. Lewandowski now has 89 goals in his first European football tournament, while his Real Madrid counterpart is on 86.

Barcelona’s summer signing is now the third-highest scorer of all time in the competition – only Cristiano Ronaldo (141) and Lionel Messi (125) have scored more than him.

With eight goals in just five games for Barcelona, ​​Lewandowski continues where he left off at Bayern Munich and could be in line for the Golden Boot award at the end of the season.