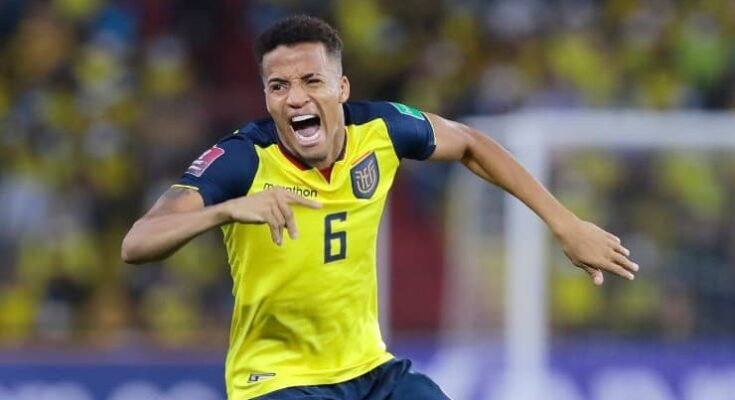 Ecuador is under the spotlight right now. New reports revealed that the South American team could be kicked out of Qatar in 2022 after new evidence confirming Byron Castillo’s nationality.

Qatar 2022 is two months away and there could be a huge change in the organization. Now Ecuador could be banned from the next FIFA World Cup as there are reports that show there is new evidence of Byron Castillo’s true nationality.

Once the CONMEBOL qualifiers ended, Ecuador won a direct ticket to Qatar 2022 with 4th place. Everything was happy with La Tri, but now things can change as it is not certain whether they will participate in the next FIFA World Cup.

After advancing to football’s biggest men’s tournament, Ecuador were immediately under scrutiny. Documents have emerged about Byron Castillo’s nationality, pointing out that the defender is not Ecuadorian, but is actually Colombian. Supposedly there too.

Byron Castillo’s case has been a very controversial topic for FIFA, Ecuador and two South American national teams: Chile and Colombia. According to some reports, the defender was born in this last named country and the Ecuador Football Federation [FEF] covered it up.

Chile made a complaint to FIFA by saying that Byron Castillo should have not been lined up by Ecuador in the Qatar 2022 CONMEBOL Qualifiers as they said that the defender was Colombian, not Ecuadorian. After the first audience, the organization issued a favorable ruling to Ecuador and nothing else happened, but now this could change.

According to Sportsmail, there’s new evidence on Byron Castillo’s case that could kick out Ecuador of Qatar 2022. An audio from an interview to the player, made in 2018 by FEF’s Investigative Commission, reveals some details that doesn’t match to what the Ecuador Football Federation said to FIFA about his situation.

This information comes days before a new audience on the case. FIFA’s Appeals Commission will receive this Thursday, September 15, the new arguments to kick out Ecuador of Qatar 2022. Chile said before that Byron Castillo was born in Tumaco in 1995 and not in Ecuador in 1998 as it appeared in his passport

This is not the first time that Byron Castillo is under the spotlight for a situation regarding his passport. In 2015, the player was involved in a possible transfer from CS Norte America to Emelec, both teams from Ecuador, but the deal went down due to ‘irregularities’ in his documents.