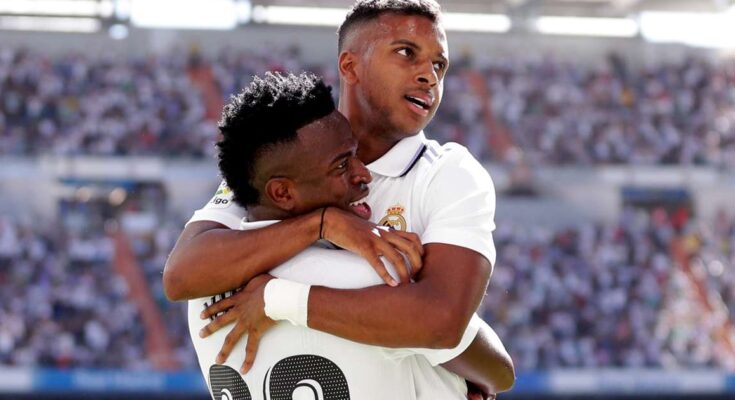 Real Madrid maintained their 100 per cent record in LaLiga as they marked their return to the Santiago Bernabeu with a 2-1 win over Real Betis.

Madrid’s opening three league games have come on the line, but the reigning champions carried that form onto their home turf on Saturday.

Victory did not come easily, with Madrid uncharacteristically profligate in front of goal, while a mistake by Thibaut Courtois allowed Betis to cancel out Vinicius Junior’s opener through Canales.

Rodrygo made the decisive breakthrough midway through the second half, however, condemning Betis to the first defeat of their LaLiga campaign.

Madrid needed just nine minutes to score their first home league goal against Betis since March 2017 when David Alaba picked out a cross from Vinicius who beat Rui Silva after beating the offside trap.

However, the celebratory mood was dampened eight minutes later. Borja Iglesias brilliantly parried his off-foot to lay it past Canales, whose low finish found its way under Thibaut Courtois.

Madrid’s response was immediate, Rodrygo finding Vinicius but from close range the winger headed his effort over, while Silva made a superb save to deny Aurelien Tchouameni.

Los Blancos’ dominance continued in the second half – Karim Benzema was spared an offside flag for a dismal passing yard – and Silva tipped Luka Modric’s stinging strike onto the post.

However, Madrid’s winner came in the 65th minute. Ancelotti turned to Federico Valverde for inspiration from the bench and with his second touch, the Uruguayan international did just that when he cut in Rodrygo, who had benefited from poor goalkeeping from Silva.

Rodrygo came agonizingly close to a second when his cute volley clipped the crossbar, although Madrid’s failure to add a third proved costly in the end.