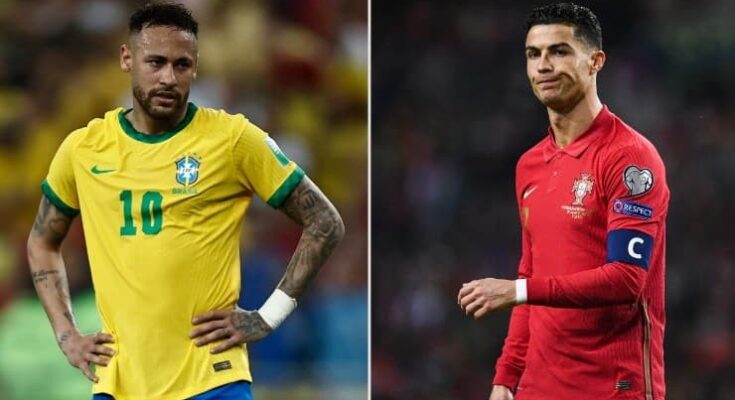 With Qatar 2022 less than two months away, an English stock broker’s prediction of the tournament champion was released. Find out if Cristiano Ronaldo, Lionel Messi, Neymar or Kylian Mbappé will be lucky in the upcoming FIFA World Cup.

The desire to start the World Cup has always been a challenge to predict what will happen. This is where many predictions are made and they always create controversy. Next came an English stockbroker who predicted what would happen in Qatar 2022.

Obviously, there will always be teams that have the best chance of becoming world champions. And the prediction model of the English stockbroker and the rest of those who run the forecast are clear.

Who will become the King of Qatar 2022? What are the chances of Kylian Mbappé’s France repeating the glory of 4 years ago? Will Neymar-led Brazil’s super attack end his country’s World Cup drought? Is this finally the edition for Lionel Messi to exorcise his ghost in this tournament?

Who is the English stock broker who predicted the outcome of Qatar 2022?

The new daredevil who dared to predict the fate of the upcoming FIFA World Cup is an English capital market company named Liberum Capital Limited, which was founded in 2006. According to Bloomberg, it currently operates as an investment banking firm and offers “corporate broking and advisory, capital raising, equity research, sales, and trading services to institutional investors“.

That this type of company uses its mathematical models to predict the outcome of tournaments in world soccer. For example, in the Euro 2020, held in 2021, Goldman Sachs Inc. entered this game and came very close to finding the winner: it corrected its initial prediction, which pointed to Belgium as the winner, to finally bet on England, who was runner-up.

According to Liberum’s strategist, Joachim Klement, in information gathered by Bloomberg, the model used by this British equity company to predict the outcome of the FIFA World Cups contemplates the luck and fortune factor. And it is not the first time that they predict something… that ends up becoming a reality.

For example, in the editions that preceded Qatar 2022, in 2014 and 2018, the Liberum model demonstrated its implacability by predicting Germany and France as the National Teams that would become world champions and kings of soccer.

It is interesting to know the variables that the Liberum Capital model contemplates to make its World Cup prediction. These, curiously, do not only include merely sporting or footballing factors. According to Bloomberg, it considers socioeconomic variables that impact a team’s performance, such as per-capita GDP, population size and country temperature.

Qatar 2022 outcome: two long droughts to come to an end

Thus, the prediction of stockbroker Liberum has already pointed out the outcome it envisions for the upcoming FIFA World Cup. And it is simply an exciting and surprising one, as two long-established teams, both already world champions, would break a fast of success in this tournament, although only one would obviously end up being crowned: Argentina and England.

Without giving much more details on how it would happen, Liberum’s prediction points out that after the Albiceleste overcame Spain in the semifinals, the team led by Lionel Messi would face Harry Kane and the Three Lions in the Qatar 2022 final, with a favorable result for the South Americans.

Thus, after a drought of just over 36 years, Argentina would be winning its third FIFA World Cup, the first for Lionel Messi after losing the Brazil 2014 final to Germany. For England, it would also mean returning to the final of this tournament after 56 years of not achieving it, although they would remain with only one tournament won in their history as a National Team, the 1966 World Cup, played precisely in their country.