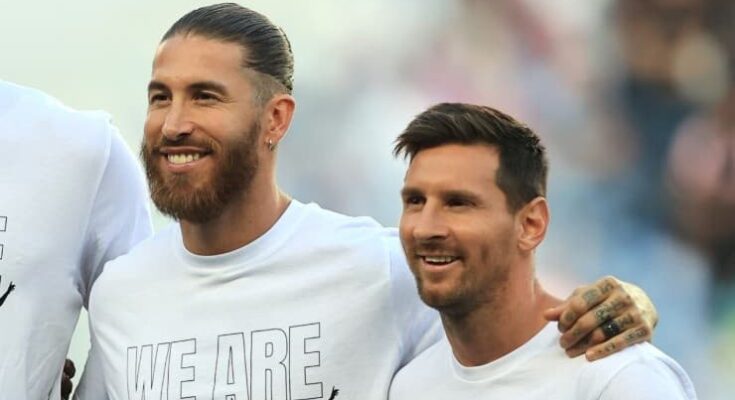 The PSG duo is coming upon their contract years and the brass at PSG are set to either renew or move on from the Barcelona and Real Madrid legends.

Rivals on so many occasions but now teammates at PSG, Lionel Messi, and Sergio Ramos have come together with one goal, to win the UEFA Champions League with PSG and continue to prove their worth. It’s hard to imagine that Messi has much to prove in football, but his first season at PSG was a disappointment.

PSG are now tasked with deciding what to do next with Lionel Messi and Sergio Ramos, with both players having two very different contract situations at PSG, according to 90 minutes.

In the case of Lionel Messi, the Argentine is currently delaying negotiations on a new agreement. Messi has an option year on his current contract with PSG and they are interested in keeping Messi on the said extension for another year.

In the case of Sergio Ramos, PSG bosses feel the Spain international has not done enough to warrant a new deal at the club. That doesn’t mean Ramos will be shown the door, but at 36, the club may be willing to offer him a smaller contract to stay with the French side.

At the moment, PSG are back on top of Ligue 1, tied with Marseille on 19 points and Lens trailing them on 17 points.