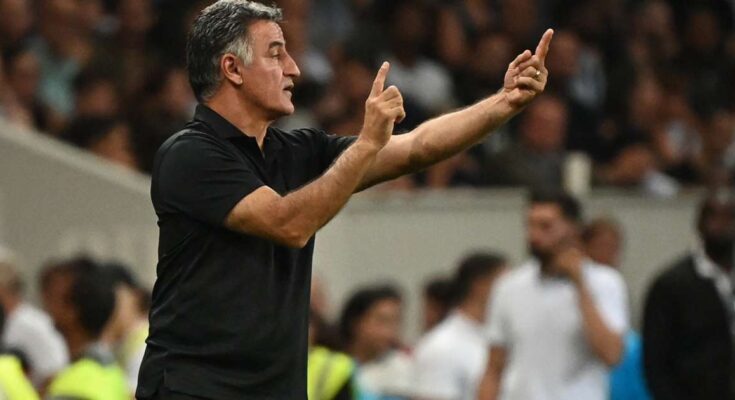 Christophe Galtier would still prefer to add a defender to his Paris Saint-Germain squad before the transfer window closes despite seeing his side cruise to victory over Toulouse.

The Ligue 1 champions were held to a 1-1 home draw by Monaco on Sunday but won 3-0 away on Wednesday.

Neymar, Kylian Mbappe and Juan Bernat found the net in a game in which PSG attempted 20 shots, 13 of which hit the target.

The chance of victory would have been much greater had it not been for the excellent performance of Toulouse goalkeeper Maxime Dupe, who made nine saves.

Toulouse had 14 shots of their own in open play, with seven on target, leading to questions about PSG’s defense even after their emphatic display of dominance.

Asked if he would be happy to go into the rest of the season without signing another defender before Thursday’s transfer deadline, Galtier said: “It would be better to have it [a new defender].

“It would be better. We’ve always wanted it. We’ll see what happens during the day.”

But Galtier refused to say whether a move for Inter central defender Milan Škriniar, with whom PSG have been heavily linked, is still possible.

“The transfer window is still open. But you shouldn’t ask me about that,” Galtier responded to a question about the Slovakian representative.

“I always ask to focus on preparing for matches.”