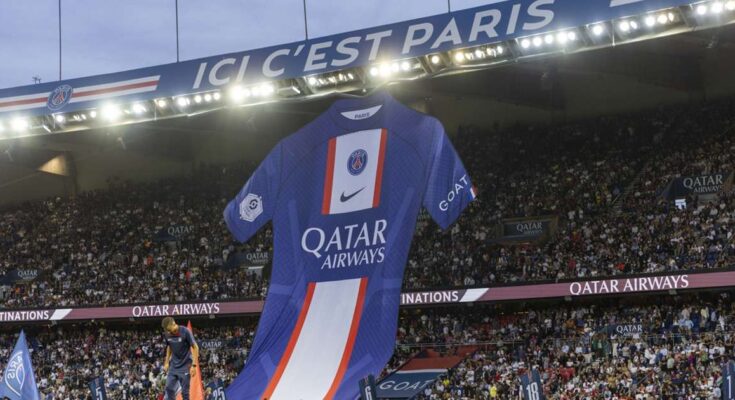 Paris Saint-Germain have been hit with a fine from UEFA that could rise to €65million after failing to comply with break-even rules put in place by European football’s governing body.

The Ligue 1 champions were one of eight clubs handed fair play financial penalties, with Roma, Milan, Monaco, Besiktas, Inter, Juventus and Marseille the others affected.

UEFA said its Club Financial Control Body analyzed the 2018, 2019, 2020, 2021 and 2022 financial years for clubs that competed in its European competitions last season, with special measures applied for 2020 and 2021 due to the impact of the pandemic on football.

PSG have invested heavily in star players such as Lionel Messi, Sergio Ramos and Gianluigi Donnarumma, while keeping the likes of Neymar and Kylian Mbappe in their ranks.

They must pay €10 million, with the remainder of their sentence suspended for now, payable only if they fail to meet future targets.

Given the wealth of PSG’s Qatari owners, questions will be asked as to how much such a fine could affect the French giants.

Italian club Roma have been fined €35 ​​million, but similar to PSG, only €5 million is unconditional. If they meet UEFA’s requirements in the future, they will avoid paying the rest. Roma, managed by José Mourinho, won the Europa Conference League last season.

Turkish side Besiktas were fined €4 million but will pay €600,000 for now, while PSG’s domestic rivals Marseille and Monaco were fined €2 million, only having to pay €300,000 if they cross the line.

UEFA said: “These eight clubs have agreed to financial contributions of €172 million.

“These amounts will be withheld from any revenue these clubs receive from participating in UEFA club competitions or paid directly.

“Of this sum, €26m (15 per cent) will be paid in full, while the remaining balance of €146m (85 per cent) is conditional on these clubs meeting the targets set out in the relevant settlement agreement.”

These settlement agreements will last for three or four years. Inter and Roma called for four-year terms, while all other clubs voted for three years.

UEFA said clubs would “commit to achieving interim annual targets and to the application of conditional financial and sporting measures if these targets are not met”.

It added that a further 19 clubs, including Borussia Dortmund, Chelsea, Barcelona, ​​Manchester City, Sevilla, Lazio, Napoli and West Ham, met the break-even requirement only “due to the application of extraordinary COVID-19 measures and/or because they benefited from historical positive breakthrough results”.

UEFA said these clubs will “further be asked for additional financial information and will be closely monitored in the coming period”.