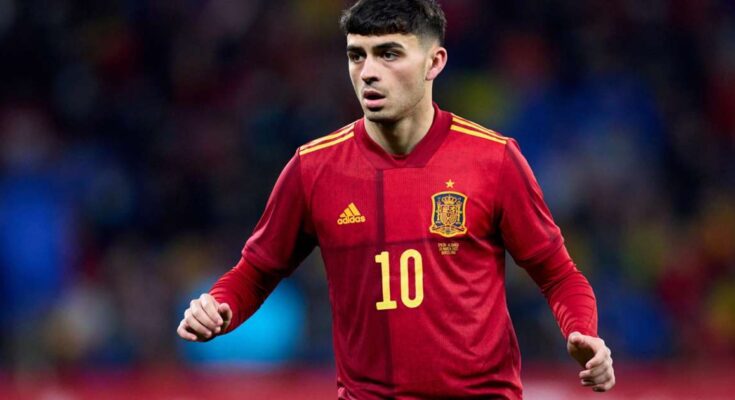 Spain have suffered two disappointing World Cup campaigns since their 2010 victory, but Pedri thinks they could atone in Qatar this year.

Pedri revealed Luis Enrique’s Spain view themselves among the favourites to win the upcoming World Cup in Qatar.

La Roja have endured two disappointing World Cup campaigns since winning the trophy in 2010, being knocked out at the 2014 group stage before suffering a last-16 penalty shootout loss to hosts Russia four years later.

However, the emergence of several young talents – including Pedri and Barcelona team-mate Gavi – has allowed Luis Enrique to reintroduce the possession-based style of play that Spain became famous for under Vicente del Bosque.

With Spain opening their World Cup campaign against Costa Rica in just over two months, Pedri sees no reason why the class of 2022 can’t win a second World Cup.

“Maybe people don’t expect so much from us, they don’t see us as favorites, but inside we see ourselves as favorites,” he told Sportu.

“We will not wear the medal without doing something. If we work as we have, the opportunity will come.

“There is always pressure at Barca and the national team. You have to try to escape, be calm and enjoy yourself.

“Here and at Barca, we have a team for everything. We work to win everything we play at the end of the season.”

Pedri, who will not turn 20 until November, has already won 12 senior international caps and established himself as a key player for Barcelona.

Asked if he sees himself as a future Ballon d’Or winner, Pedri said: “I hope I have the opportunity to be, it’s a very complicated prize.

“You have to be the best in the world, I have to learn and improve a lot for this day to come.

“I’ve worked a lot on the physical side, I still have to improve, but little by little I’m adding little things. Day by day you can’t give so much because of the intensity, but you can always improve.”

At club level, Pedri has got on well with new Barcelona signing Robert Lewandowski, whose return of eight goals in six games has helped Xavi’s side to an unbeaten start in LaLiga.

“He’s crazy, he contributes a lot of goals, assists, he’s a machine in the area,” Pedri said of the Poland international.

“Working with him is spectacular, he helps the young players, those who are coming up now or have been there for more years. It suits us very well.”

Spain face Switzerland and Portugal in their final two Nations League Group A2 matches this month, having built a one-point lead over Fernando Santos’ men ahead of those games.