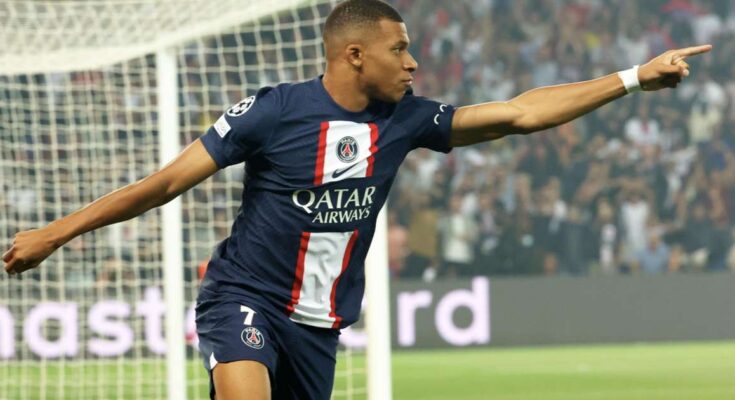 Paris Saint-Germain saw off a second-half fightback from Juventus to win their opening UEFA Champions League game 2-1 thanks to Kylian Mbappe’s double.

Juve were no match for their hosts in the first half at the Parc des Princes, with Mbappe volleying home twice in the opening 22 minutes.

However, a defensive error from Christoph Galtier allowed Weston McKennie to pull Juve back into the game eight minutes into the second half.

And Dušan Vlahovič and Manuel Locatelli came close to restoring parity, but PSG had enough to see out a first competitive win over Juve.

Mbappe denied there were any issues between him and Neymar in his pre-match press conference and the duo showed they were in sync in the fifth minute when the France forward volleyed home from his team-mate’s excellent chipped pass.

At the other end, Gianluigi Donnarumma had a great save from Arkadiusz Milik, but PSG were in full swing in front and it was 2-0 when Mbappe volleyed home again – this time after Achraf Hakimi cut in.

Neymar could have turned from provider to scorer if his finish had been better in the 49th minute, but Mattia Perin was equal to the striker’s tame effort.

Mbappe should have provided Neymar with a tap-in two minutes later, but he selfishly fired wide from a tight angle and PSG were made to pay.

It looked to be damage limitation for Juve, but PSG switched off after a corner, allowing McKennie to head in at the back post.

Mbappe’s vagaries could prove costly again as Locatelli saw a targeted poke blocked, but PSG held on to finish the job.