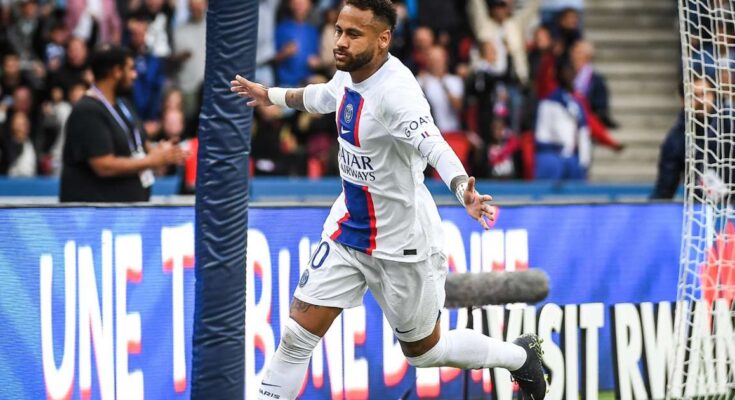 Neymar scored the only goal of the game as Paris Saint-Germain returned to the top of Ligue 1 with a 1-0 win over Brest, though the French champions were indebted to Gianluigi Donnarumma following his penalty save.

The Brazilian struck his eighth of the campaign after half an hour to settle the scrappy affair and maintain the visitors’ unbeaten start.

However, Christoph Galtier’s side survived a final 20-minute scare as Donnarumma kept out Islam Slimani’s spot-kick to maintain their lead.

PSG have now won each of their last 10 league games against Brest and look to be heavy favorites for another title after extending their domestic league unbeaten run to 25 games.

Brest came under heavy pressure in the opening 20 minutes, with Neymar, Kylian Mbappe and Lionel Messi going close for the Parisians.

The away side’s performances looked set to take a turn for the worse when Christophe Herelle was red-carded for fouling Neymar, but they were awarded a penalty after a VAR review revealed the PSG striker had strayed offside before the challenge was made.

The Brazil international broke the deadlock on the half-hour mark, however, controlling Messi’s wonderful lofted ball before firing past Marco Bizot.

The Brest goalkeeper did well to thwart Messi and Mbappe before the break, with the latter also waving an offside flag.

Wood then came to the aid of the visitors within five minutes of the restart; Messi heads against the post from Mbappe’s cross.

Despite registering 12 shots on target, PSG almost paid for their incompetence in the 70th minute when Presnel Kimpembe fouled Noah Fadiga in the box.

But Donnarumma guessed right to deny Slimani from 12 yards and secure his side a return to the top of Ligue 1.