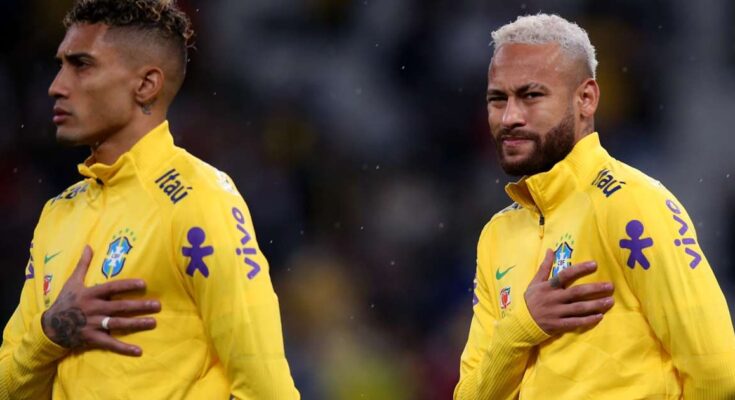 Raphinha was told by former Barcelona forward Neymar he would not regret moving to Camp Nou, and the former Leeds United winger is content with his decision to turn down Chelsea.

The new Blaugrana signing has one goal and one assist in his first four games for the Catalan giants.

Raphinha could have ended up elsewhere having left Leeds before the season, with Chelsea widely linked with a move, but he sought advice from Brazilian team-mate Neymar, who won two LaLiga titles, three Copa del Rey crowns and the 2014-15 champions. League during his four-year spell at Barca between 2013 and 2017.

And the Paris Saint-Germain superstar has told Raphinh to make a “dream” move to Barca.

“I spoke a lot with Neymar. He told me that if I come to Barcelona, ​​I won’t regret it,” Raphinha told La Vanguardia. “And he was right.

The Brazilian explained why he insulted Chelsea, adding: “It was my dream to wear the Barcelona shirt. This is a club I have followed since I was very young.”

“Since Ronaldinho came, I started to understand the history of the club a bit more. I wanted to be a part of it.

“So that dream, those desires, were stronger than any other proposal no matter how much it was financially.

Now Raphinha believes Xavi’s side boast the required qualities to challenge for the Champions League this season, having opened their campaign with an emphatic 5-1 thrashing of Viktoria Plzen in midweek.

“Apart from the talent the team has, I think the most important thing [to win the Champions League] is to have a winning mentality,” he said. “And we have it.

“[If Barca win the Champions League], I’ll do the same thing I did with Leeds when we managed to secure: I’ll cross the Camp Nou on my knees or the pitch where we play. It could easily be Istanbul [this one.” season].”