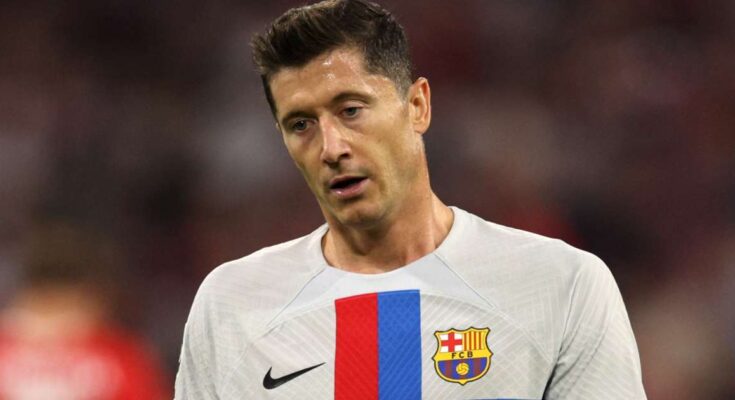 Bayern Munich goalkeeper Manuel Neuer believes his side were “lucky” not to concede to Robert Lewandowski on his return to Bavaria.

The Poland international has been in sensational form since arriving at Barcelona, ​​scoring a hat-trick on his UEFA Champions League debut for the Blaugrana against Viktoria Plzeň last week, but failed to add to the tally at the Allianz Arena.

Lewandowski was thwarted by former team-mate Neuer’s close-range header after missing a volleyed opportunity and sending his effort over the bar.

Both chances could easily have been converted by Lewandowski and Neuer admitted Bayern benefited from luck in the 2-0 victory.

“I think it was an emotional match for Lewy because he did very well here in Munich. But we also know him as an opponent. Luck was not on his side in the decisive moments,” he told reporters.

“We’re lucky that volley went over the bar and I was there for the second chance. We did a good job defensively today.”

Julian Nagelsmann also thought Lewandowski put in a good performance despite failing to find the back of the net and acknowledged that much of the pre-match talk had focused on Bayern’s reunion with the striker.

“I think he played a good game, from our point of view I’m glad he didn’t score. We saw he was dangerous, we were able to defend him very well,” he said.

“I saw him after the game and I hugged him, but now he’s playing for another club, I have a lot of players to watch out for.

“I’ve probably had 60 questions about Lewandowski this week, you can ask Xavi because he’s not my player anymore.

Barcelona head coach Xavi, meanwhile, believes Lewandowski was not overwhelmed by the opportunity, saying: “I don’t think he can be pressured, given his maturity and experience.

“It’s a lack of efficiency. It’s football and this happens. And it happens in a stadium where it shouldn’t happen.”