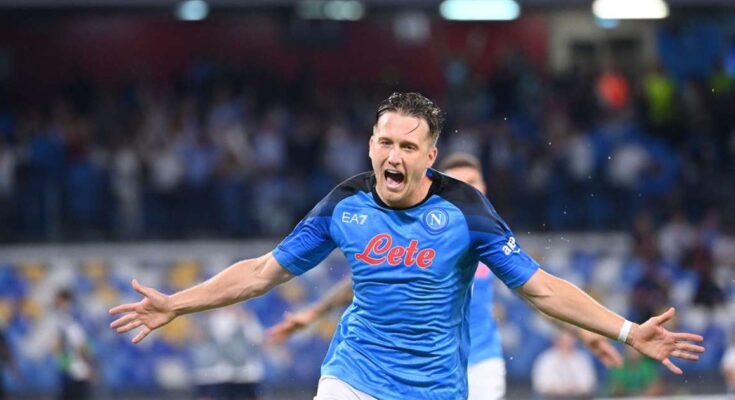 Piotr Zielinski struck twice and assisted another as Liverpool’s poor start to the season continued with a humbling 4-1 defeat at Napoli in their Champions League opener.

Jurgen Klopp’s side have underperformed in their first six Premier League games, winning just twice and trailing after five minutes in Napoli after Zielinski’s penalty.

Alisson denied Victor Osimhene’s free-kick just 13 minutes later but Napoli were 3-0 up at half-time with strikes from Andre-Frank Zambo Anguissa and Giovanni Simeone, the latter on his Champions League debut.

Zielinski again drove past Alisson after the break before Luiz Diaz responded with a deflection – a mere consolation for Liverpool in the Group A clash.

Osimhen rounded Alisson and hit the post after just a minute, but Napoli were soon in front after James Milner handled Zielinski’s effort inside the area.

Zielinski found the bottom-left corner from the resulting penalty and another spot-kick came soon after when VAR sent referee Carlos del Cerro Grande to review Virgil van Dijk’s foul on Osimhen, who was then denied by Alisson diving to his right.

Van Dijk cleared off the line with a gaping goal for Khvicha Kvaratskhelia, but Napoli doubled their lead when Zielinski equalized for Anguissa, who fired under the onrushing Alisson.

Alex Meret headed Van Dijk’s header wide of goal before Simeone, playing for the injured Osimhen, turned Kvaratskhelia’s cross into an empty net on the stroke of half-time.

Zielinski doubled his tally just two minutes after the break when he scored past Alisson from Simeone’s pass, before Diaz curled into the bottom right corner after Andy Robertson’s offload.

Meret headed home Diaz’s powerful header from Trent Alexander-Arnold’s cross, but Liverpool could not recover from a toothless first-half display.