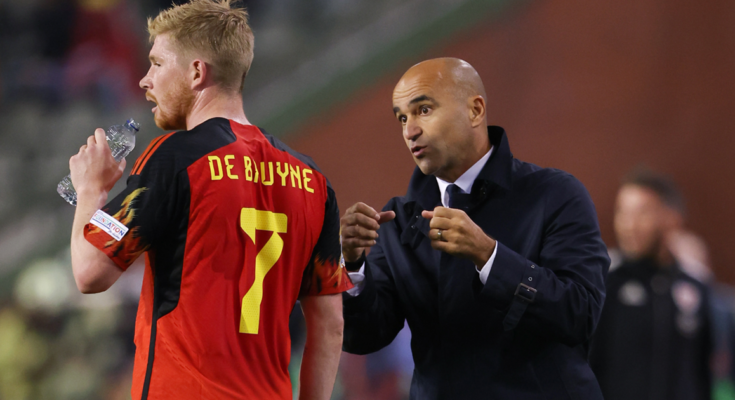 Roberto Martinez called Kevin De Bruyne’s performance against Wales ‘magical’ and hailed him as one of the game’s best.

Kevin De Bruyne is the “most incredible playmaker in world football” according to Belgium head coach Roberto Martinez.

The Manchester City midfielder dazzled with a goal and an assist in Belgium’s 2-1 UEFA Nations League win over Wales on Thursday.

De Bruyne, who is the reigning Premier League player of the season, also hit the post in the first half.

“It’s a message to all our fans, don’t take for granted watching Kevin De Bruyne play,” Martinez told reporters. “For me, he is the most incredible playmaker in world football at the moment.

“I thought his performance was magical today. But he does it, I look back at Poland [a 1-0 win in June], at home, he did it consistently. I look at him sometimes, we’re so lucky to have a player like Kevin .”

The 31-year-old’s 2021-22 Premier League gong was the second of his career and he also earned the award in 2019-20. He currently leads the Premier League with six assists.

The former Wolfsburg, Werder Bremen and Genk midfielder has had a decorated career, starting with winning Bundesliga Player of the Year in 2014-15.

More recently, De Bruyne is a four-time member of the PFA Premier League Team of the Year and has helped City to four Premier League titles. He also won the 2019-20 Champions League Midfielder.

The Belgian was named one of the nominees for this year’s Ballon d’Or last month, the winner will be announced in October, he finished eighth in 2021.