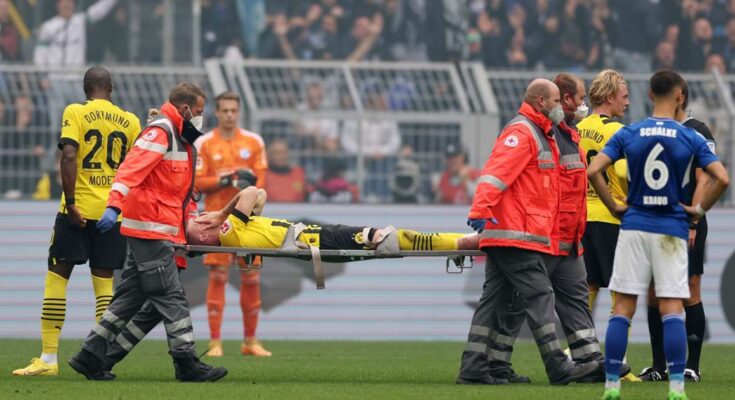 Reus’ struggles with injuries have been well documented and he appeared to suffer another devastating blow when he came off the pitch on a stretcher in the first half of Saturday’s Revierderby.

The initial outlook for Reus, who was in tears as he left the pitch, was not positive, with Dortmund head coach Edin Terzic telling Sky Sport after the game: “It looks like the ligaments are injured. Of course he was very disappointed.” and he was in great pain.”

Reus missed Germany’s 2014 World Cup-winning campaign with another ankle injury, but Kehl is confident he will be fit for the upcoming edition in Qatar.

“It was a shock for us as well, but I can give a bit of an ‘all clear’,” he told SPORT1. “Examinations showed no fracture, only an injury to the collateral ligament in the ankle.

“It is not so difficult that the World Cup is in danger.”

Reus made his 250th Bundesliga appearance for Dortmund on Saturday and BVB earned a 1-0 win over their bitter rivals in his absence.

Youssoufy Moukoko’s winner – making him the youngest Revierderby goalscorer at the age of 17 – gave Dortmund four straight wins in the fixture for the first time since a run of eight between 1964 and 1967.