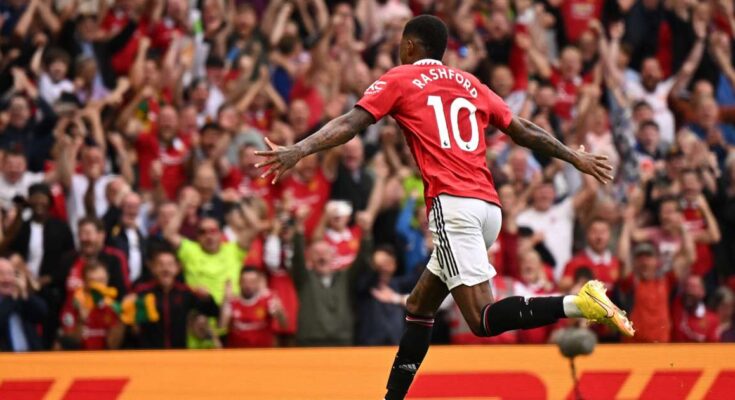 Marcus Rashford hit a double after Antony’s debut strike as Manchester United ended Arsenal’s unbeaten start to the season with a 3-1 win at Old Trafford.

Antony, who was picked to start just three days after completing his move from Ajax, put Manchester United ahead in the first half after Gabriel Martinelli was denied by another controversial VAR intervention.

Arsenal grabbed a deserved equalizer when Bukayo Saka swept home on the hour mark, but Manchester United pulled away when Rashford rounded off two devastating counter-attacks in the final 25 minutes.

Arsenal’s dominance in possession ultimately didn’t count as they dropped points for the first time this term and the rejuvenated hosts moved to within three points of the Gunners.

Christian Eriksen and Jadon Sancho spurned good chances as United started quickly but were greatly dismissed when Martinelli coolly finished one-on-one on 12 minutes as referee Paul Tierney spotted a foul on Eriksen in play. build-up after switching to the monitor.

With Arsenal growing in confidence, David de Gea was forced into a fine one-handed save by Martinelli, but the visitors took the lead against the run of play after 35 minutes when Antony headed home from Rashford’s pass.

Arsenal continued to dominate possession after the break, Saka curling a low shot wide shortly before Antony was replaced by Cristiano Ronaldo.

The Gunners’ pressure finally showed on the hour when Saka capitalized on a loose ball to sweep home after the impressive Gabriel Jesus had been dispossessed.

But Rashford was to prove the match-winner as United hit their opponents on the break in brilliant fashion, racing onto Bruno Fernandes’ pass to put the Red Devils in front before slotting home from Eriksen’s cut-back to seal United’s fourth straight win.