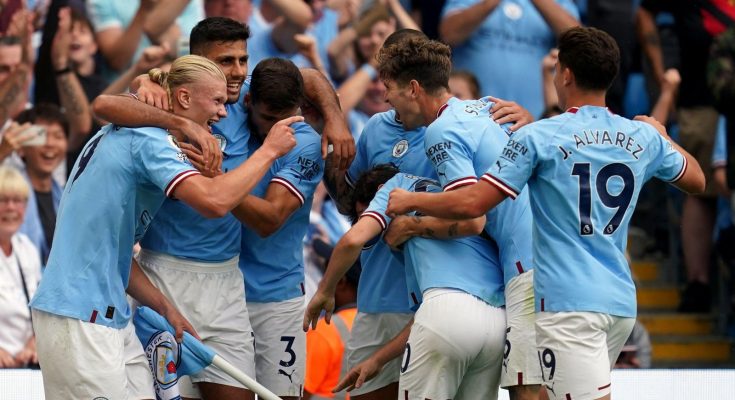 Kyle Walker and John Stones were left out of the Manchester City squad that traveled to Sevilla for the club’s first UEFA Champions League game of the season.

Walker limped off during Saturday’s draw with Aston Villa but it has not been confirmed why Stones will miss the trip.

With Pep Guardiola short on defensive numbers, summer signing Manuel Akanji has been included in the 21-man squad alongside Kalvin Phillips.

The latter has struggled in the early stages of his City career, although he is in line to make his Champions League bow against Sevilla.

Jack Grealish also travels, with rotation expected as Guardiola juggles a continental campaign with a domestic season he believes will bring plenty of twists and turns.