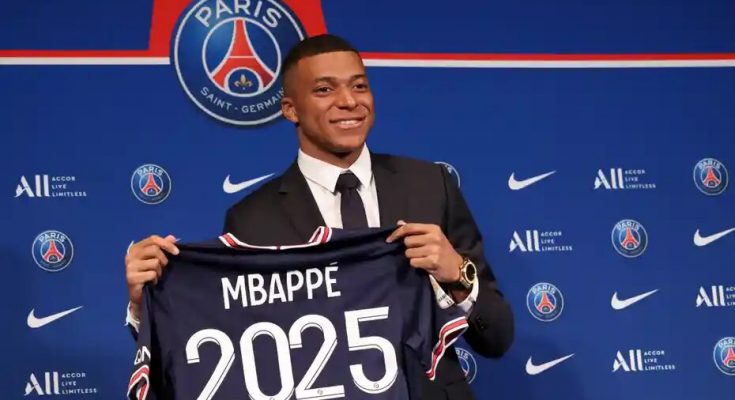 On May 21st, PSG announced the renewal of Kylian Mbappé’s contract until June 30th of 2025 . Three more years for which Real Madrid’s door was shut closed. However, the situation can change radically if what newspaper L’Equipe is confirmed.

According to the French paper, the international forward has actually signed for two seasons, with one more year optional, but PSG can only extend it with the player’s consent. That means it would be Mbappé who would have the option to extend this option year.

“This year is up to Kylian Mbappé,” a club source confirmed to L’Equipe. This completely changes the situation, as Real Madrid could be back in the race to sign the striker in a few years and not three years as previously thought.

From next summer, PSG would find themselves in the same situation as in 2021, with a footballer who could go on a free in 2024.

This last year is at the discretion of Kylian Mbappé

According to L’Equipe, it is not surprising that Mbappé and PSG were only committed for two years. It was the length of the contract that long held up renewal negotiations. The club wanted a long contract to be able to secure a pillar on which to build a solid project. However, the player wanted to have as short a contract as possible to secure an escape route.

The mechanism of this 2+1 year formula guarantees Mbappé another tool to put pressure on the club’s management. The France international explained this summer that he wanted to “take the club and Ligue 1 to the top”. But he also wanted PSG to strengthen the squad to achieve this.

The fact is that in the last summer market, the club could not bring in the flamboyant signings it wanted, such as Lewandowski, Skriniar or Bernardo Silva. Mbappé was asked if he was satisfied with the potential that PSG’s team has and the striker limited himself to stating: “This is neither the time nor the place and I am not the best person to answer this question. We are here to talk. ” Champions League match”. In addition, his relationship with Neymar is not going through the best moment and this could always push him to look for another team.

PSG have room to try to convince Mbappé to continue until June 30, 2025, or even extend his relationship with the club even longer. The team’s results so far this season have been very positive, although we will have to wait and see how they fare in the Champions League.

However, recent financial fair play sanctions by UEFA or Chelsea’s breach of contract to acquire the services of Luis Campos could be a problem for Mbappé’s continuity. It seems clear that there will be a lot of talk about Kylian Mbappé and Real Madrid from next summer.