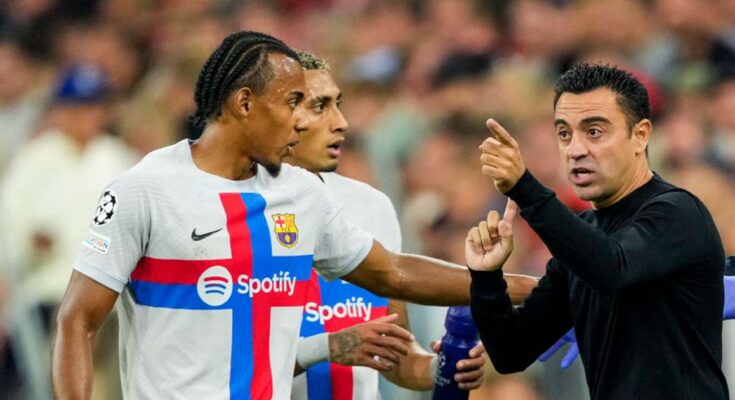 Jules Kounde opted to join Barcelona over Chelsea as he “preferred Xavi’s speech” to Thomas Tuchel’s.

The France international was set to sign for Chelsea during the last transfer window, only to put pen to paper on a five-year deal at the Camp Nou.

Sevilla director of football Monchi suggested at the time that Barca swooped for Kounde after Chelsea withdrew their offer due to “doubts”.

However, speaking to French outlet L’Equipe, Kounde insisted the decision was his own after being wooed by Barca head coach Xavi.

“I first came to a big club that had seen good times and that has seen less recently,” he said.

“I’m coming to a project that I wouldn’t call a reconstruction, because we already have a competitive team, but rather we are rising.

“I was interested in being part of this new wave, looking for titles and returning Barca to where it has always been, among the best clubs.

“Then there was an interview with the coach. We talked about football. I felt real confidence from him that he really knows me, my game and my qualities.”

“I spoke to Tuchel and I also felt that he wanted me to come, but I just preferred Xavi’s speech.

Meanwhile, despite major financial problems, Barca have started their campaign well and are two points behind LaLiga leaders Real Madrid after six games.

Kounde was registered by Barcelona at the end of August, a month after his arrival, and has helped the Catalan giants to four clean sheets in his five appearances.

Indeed, Barca’s five clean sheets in their opening six league games is the most they achieved in just 21 games last season.

And Kounde, one of two defenders along with team-mate Alejandro Baldo to provide two assists in a single LaLiga game this term, believes he is a good fit for Xavi’s style.

“When I spoke to Xavi, he told me that my qualities match his game plan, I start from the back, I play high, I use my qualities of speed and anticipation,” said Kounde.

“He also wants an aggressive team – we are one of the teams that push high.

“He saw me in this system and I saw myself in this team that I saw make a pretty crazy climb up the table last season.

“With Sevilla, we were 15 points ahead of them halfway through the season. Xavi came in and I saw the changes he made and the direction he was going. I liked it.”