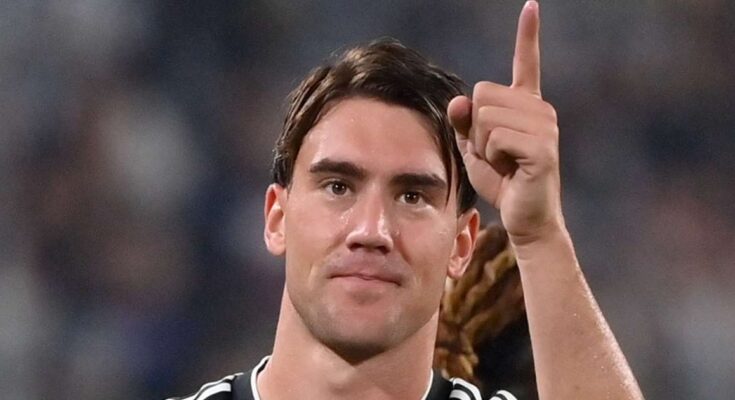 Dusan Vlahovic scored another sublime free-kick and Arkadiusz Milik opened his Juventus account in a 2-0 Serie A victory over Spezia.

In-form Vlahovic produced a replica of his stunning strike in last weekend’s draw against Roma to put Juve in front at the Allianz Stadium on Wednesday.

New signing Milik from the bench sealed all three points in regulation time with a clinical finish.

The Turin giants are unbeaten in four Serie A games this season but suffered another injury blow when Wojciech Szczesny was carried off after landing awkwardly on his ankle in the first half.

Vlahovic produced another moment of brilliance to open the scoring in the ninth minute when he bent a wonderful free-kick into the top-right corner of the net from 25 yards after Juan Cuadrado had been tied down.

Spezia struggled to cope with the high tempo of the Bianconeri, but Massimiliano Allegri was further unlucky when Szczesny sprained his ankle at the corner and had to be replaced by Mattia Perino.

Cuadrado felt he should have been awarded a penalty in first-half stoppage time, but referee Andrea Colombo ruled that Petko Hristov had made no contact with the Juve captain.

Fabio Miretti turned sharply on the edge of the box and his shot was deflected wide before Cuadrado and Moise Kean were replaced by Angel Di Maria and Filip Kostic early in the second half.

The dangerous Vlahovic came close to a second goal with a downward header that almost crossed the line before Bartlomiej Dragowski flicked the ball to safety.

Danilo should have given Juve a breather when he fired over the bar after bursting into the box, but Milik turned in the box after being picked out by Miretti’s cross and finished superbly to put the icing on the cake.