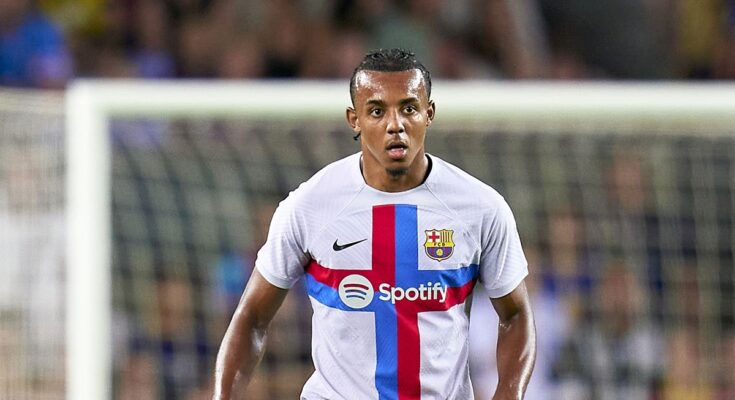 Jules Kounde warned Barcelona are ready to strike a brutal blow to at least one European titan in the Champions League after landing in this season’s ‘group of death’.

Barcelona, ​​who will face Bayern Munich, Inter and Viktoria Plzen in Group C, will have the German and Italian giants to worry about the most.

The Catalans open their campaign against Pilsen in the Czech Republic on Wednesday, with nothing short of a home win at the Camp Nou set to be an acceptable result given the challenges ahead.

Barcelona, ​​Inter and Bayern start as trophy contenders, but one or even two of the trio will be eliminated at the World Cup in November.

Kounde, recruited from Sevilla to shore up Xavi’s defence, is determined Barcelona will not be among the early villains.

He said of the European mission ahead: “I play football to enjoy these big games. It’s true that it’s a very difficult group. But Barca are a big threat and they have to take us seriously. We think we have lots of.” option to leave the group.

“We have to beat Viktoria to start with no matter what, because they have three points on the same level as they did on the day of the match against Bayern.

Kounde, 23, was a Europa League winner with Sevilla in the 2019-20 season but now has higher ambitions.

He said head coach Xavi wants him to “lead the team, shout, talk a lot” and competition for places at the back could bring out the best in the Frenchman.

Ronald Araujo and Eric Garcia started centrally in the weekend’s 3-0 win at Sevilla, with Kounda at right-back.

He prefers a central role, but Gerard Pique will also be hoping to play a role there.

Barcelona have lost their opening game of a Champions League campaign in just one of their previous 23 appearances (W17 D5); however, that defeat came last term when Bayern Munich won 3-0 at Camp Nou.

Barca faced Pilsen in one previous European campaign, winning 2-0 at home and 4-0 on the road in the 2011-12 Champions League.

Kounde had no doubts that joining Barcelona would be a positive step in his career as he believed the Blaugrana were ready for challenges on all fronts.

He said: “Watching them in the second half of last season in LaLiga, you could already sense what this team could be capable of. We have two quality players in every position. I’m so happy to be here.”