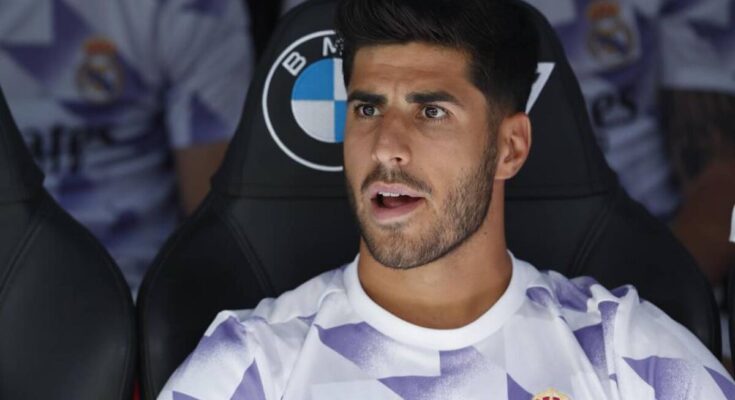 Carlo Ancelotti says he empathises with Marco Asensio following his angry reaction to being left on the bench during Real Madrid’s 4-1 win over Mallorca.

Los Blancos returned to the LaLiga summit after coming from behind to maintain their 100 per cent start to the season, while remaining the only team in the big five European leagues with a perfect record still intact.

Asensio, who was repeatedly linked with a move away from Santiago Bernabeu during the transfer window, has played just 17 minutes for Madrid across all competitions this season.

His frustration at the lack of playing time boiled over when he was overlooked by Ancelotti after Dani Carvajal replaced the injured Lucas Vazquez in the 71st minute; the winger throwing his bib to the ground while kicking a water bottle.

When asked about the incident, the Italian said: “We were preparing if we didn’t make it 2-1 to put Mariano and Asensio in. Lucas has been injured, and we only had one window, and I didn’t think about making that change.

“If he is angry, I agree with him. It’s normal, it means you want to play, feel important. In this period, he has been the most affected player in the squad and I take that into account. I totally agree with his anger, nothing happens.”

Ancelotti also praised the leadership qualities of Valverde after the Uruguay international’s wonderful solo goal that saw him pick up the ball from deep inside his own half, before firing into the top corner from 20 yards.

“You are a leader when you are an example, and Federico is very, very important to us,” the head coach said of the midfielder, who netted his first Madrid goal in nearly two years.

“He is doing very well, he is still very humble and this can help him to be a leader in the future. Here, we have many leaders who are leaders with examples, not with language. This is very important.”