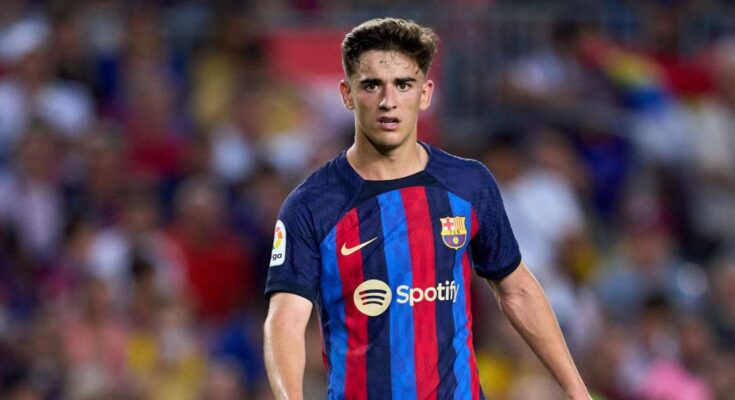 Gavi has signed a new deal with Barcelona through to 2026, with a buyout clause of €1billion.

The 18-year-old midfielder has been a revelation since breaking into Barca’s first team and has become a key part of Xavi’s squad.

Gavi has already made 54 appearances for the Blaugrana in all competitions, joining the club from Real Betis as a youngster in 2015 before making his way through the Catalan giants’ famed La Masia.

In December, he became Barca’s third-youngest goalscorer when he found the net in a 3-2 win against Elche.

Despite being linked with Premier League clubs due to his previous contract expiring in 2023, reports from Spain suggested the player was always keen to stay at the Camp Nou, where a public signing event will take place at the ground on Thursday, the club announced. .

Gavi played an hour after Barca’s 2-0 Champions League Group C defeat at Bayern Munich on Tuesday before being replaced by Frenkie de Jong.