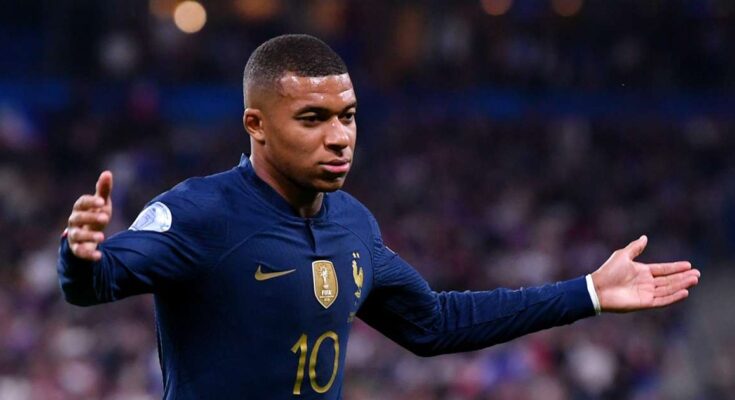 Kylian Mbappe and Olivier Giroud were on target as France picked up their first Nations League victory of the campaign with a 2-0 victory over Austria on Thursday.

Les Bleus faced serious injury problems ahead of the international break, with Paul Pogba and N’Golo Kante among the absentees, and they often lacked fluidity at the Stade de France.

But Mbappe stepped up after 56 minutes, weaving past numerous defenders and finishing past Patrick Pentz before Giroud headed in to help Didier Deschamps’ side to victory.

Last year’s winners France will now have their Nations League fate in their own hands but cannot progress past Group A1 after leaders Croatia beat Denmark.

Mbappe thought he had put France ahead in the second minute only to be denied by an offside flag before Jonathan Clauss forced Pentz to power over from distance.

Clever passing between Mbappe and Griezmann resulted in Clauss curling just wide after the break, but France were soon in front.

Mbappe collected the ball from an onrushing Giroud, then moved into space and fired a right-footed shot beyond the reach of Pentz.

Griezmann provided the second goal when his cross from the right wing found Giroud, who headed into the top left corner to seal victory for France.