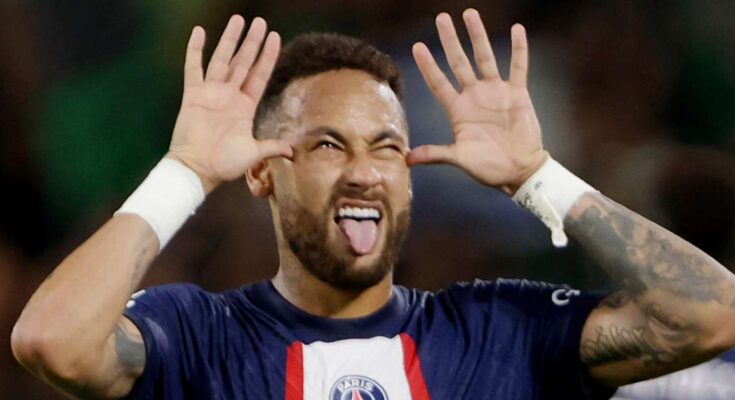 Paris Saint-Germain forward Neymar took to social media swiftly after the 3-1 victory over Maccabi Haifa in the UEFA Champions League to complain about his booking.

The Brazilian scored PSG’s third in Israel, with Lionel Messi and Kylian Mbappe already on the scoresheet as Christoph Galtier’s side responded after Tjaronn Chery had given the hosts a surprise lead.

However, Neymar was left frustrated by German referee Daniel Siebert, who decided to issue a yellow card for his antics after finding the back of the net – despite it being his usual celebration.

The 30-year-old wasted no time in expressing his feelings on the matter, taking to his Instagram account to vent his thoughts under the caption “Football is getting more annoying!”

“Another win, congratulations, but do we move on? There it is, celebration is a yellow card, another on the list for NJ (Neymar),” he said.

“These things only happen to me. Next time I’ll alert the referee that I’ll do that.”

Neymar then took to Twitter to make his views known in a series of posts, writing: “I’m asking now, okay?

“Total lack of respect for the athlete. Something like this can’t happen. I’m getting a yellow for just not doing anything and I’m still getting hurt.”

“And the judge? He won’t even say he was wrong. Very disrespectful.”

He then posted a clip of his celebration next to Siebert’s name and added the use of emojis to reflect his antics.