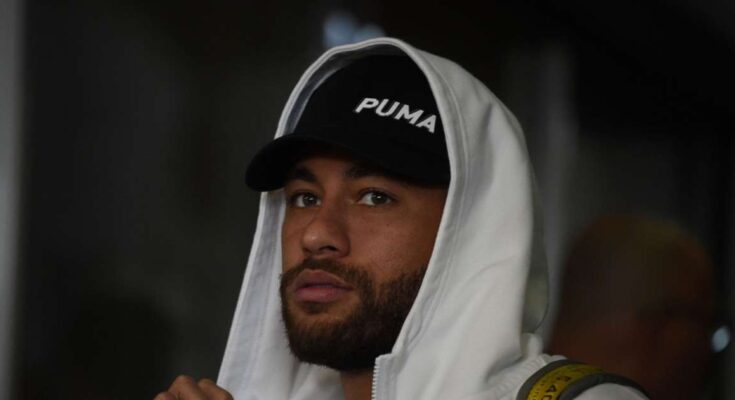 Paris Saint-Germain boss Christophe Galtier says people should not read too much into Neymar not starting the 3-0 Ligue 1 win over Nantes.

The Brazil international has been in sensational form at the start of the 2022-2023 season, scoring seven goals in five games before Saturday’s game at the Stade de la Beaujoire.

But he watched from the substitutes’ bench as Kylian Mbappe put the Ligue 1 champions 2-0 up either side after a red card for Nantes full-back Fabio, with Neymar introduced in place of Mbappe in the second half.

Nuno Mendes added a third after deflecting Neymar’s shot off the post as PSG made it 24 goals from their first six games.

This equaled the record for most goals scored by a team in Europe’s top five leagues at this stage of a 21st century season (Manchester City in 2019–20 and Bayern Munich in 2020–21).

Galtier dismissed suggestions that Neymar had been dropped, instead stating that it was merely a result of normal team rotation.

“You say it’s all new, but it’s an obligation in relation to a busy schedule for everyone,” he told Canal +.

“We play a lot, every three days then every four days. Everyone understands that they won’t have time to play all the 95-minute games.

“I spoke about it twice. The first time with each player, the second time with the whole group, to tell them that it’s okay to be like that and that you have to have the right attitude. And also value the participation of your team.” -friends.”

Fabio’s red card was his fourth since his Ligue 1 debut in September 2018 – only team-mate Andrei Girotto (five) has a worse record in Ligue 1 in that period.

It came after a nasty lunge on PSG midfielder Vitinho saw the former Porto man require immediate treatment before being replaced by Renato Sanches.

PSG open their Champions League campaign at home to Juventus on Tuesday and Galtier is unsure whether the 22-year-old will be fit enough to play.

“He’s had a big hit to his patella, there’s no sprain, no ligament risk, we’ll see if he can play on Tuesday,” the PSG boss said.

“It’s coming fast, it’s close. We’ll make sure we heal him and see how he feels. Otherwise we’ll do it with someone else.”