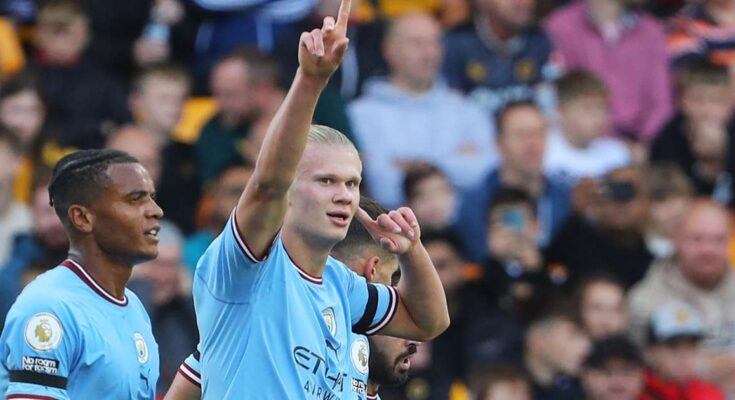 Another game provided yet another outstanding achievement for Erling Haaland, now a scorer in his first four Premier League away matches.

Erling Haaland became the first player to score in each of his opening four Premier League away games after finding the net in Manchester City’s match at Wolves.

The forward continued his torrid start to life in England by taking his tally to 14 goals in all competitions as he doubled City’s 2-0 lead at Molineux on Saturday.

After Jack Grealish opened the scoring after just 55 seconds, Haaland struck in the 16th minute when he received Bernardo Silva’s pass and then fired a 20-yard shot beyond the reach of Jose Sa.

It was also the Norway international’s 100th goal in 99 games across all competitions since leaving Salzburg for Borussia Dortmund in January 2020.