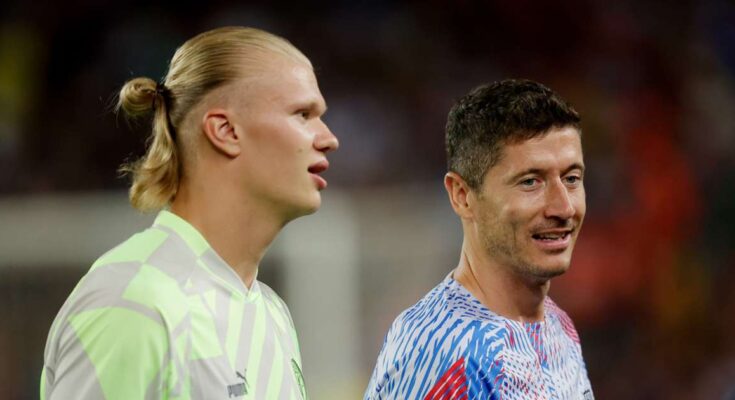 Erling Haaland has revealed he felt “sorry” for Robert Lewandowski after Bayern Munich attempted to sign the Norway international from Borussia Dortmund.

Haaland joined Manchester City from Dortmund in July after being linked with most of Europe’s biggest clubs.

Bayern have dismissed reports that they wanted the striker as a successor to Poland captain Lewandowski, who has had his wish come true with a move to Barcelona.

In the documentary Haaland: The Big Decision, the prolific City frontman said he felt uncomfortable talking about a possible move to Bayern while Lewandowski was still with the Bundesliga champions.

“When I try to imagine how Lewandowski thinks… I don’t know how many goals and titles he has for the club,” he said.

“Then I actually feel a little sorry for him. At the same time, it’s a chance for him to take the next step in his career.”

“I find it disrespectful, but at the same time it’s an opportunity for him.”

Haaland has made a blistering start at City, with 10 goals in his first six Premier League appearances, while Lewandowski has scored five in four LaLiga games for Barca.