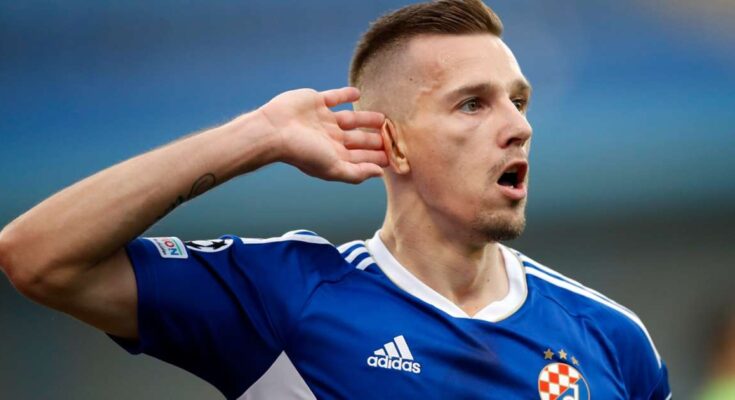 Chelsea made a dismal start to their UEFA Champions League campaign as Mislav Orsic guided Dinamo Zagreb to a shock 1-0 win over the disjointed Blues on Tuesday.

Orsic gave the hosts a surprise lead with a neat finish after pouncing on Bruno Petkovic in the 13th minute as Chelsea staged another toothless attack.

Chelsea debutant Pierre-Emerick Aubameyang struggled before being withdrawn on the hour mark, with Dinamo keeping Thomas Tuchel’s man at arm’s length with an excellent defensive performance.

After a sub-par start in the Premier League, Chelsea now have to catch up in what could prove to be an awkward Champions League group with upcoming games against Milan and Salzburg.

Chelsea should have gone in front when Aubameyang failed to get an early cut from Kai Havertz and paid the price when Dinamo took the lead soon after as Orsic beat Wesley Fofana before slotting into the bottom right corner.

Kepa Arrizabalaga saved well from Arijan Ademi’s volley as Dinamo grew in confidence and Chelsea had just one shot on target before half-time as the home side fought back.

Aubameyang was denied an offside flag when he tapped home Ben Chilwell’s chop five minutes after the break.

Substitute Hakim Ziyech failed to convert a tantalizing right-wing cross as the visitors grew more desperate, and Kalidou Koulibaly was perhaps lucky to avoid a second booking for a foul on Petkovic.

Tuchel introduced Armando Broja and Christian Pulisic in search of an equaliser, with Dominik Livakovic finally called into action after five minutes, his reflex save denied by Ziyech seconds after Reece James hit the right post as the Blues failed to find a way around. stubborn hosts on a punitive trip to Croatia.