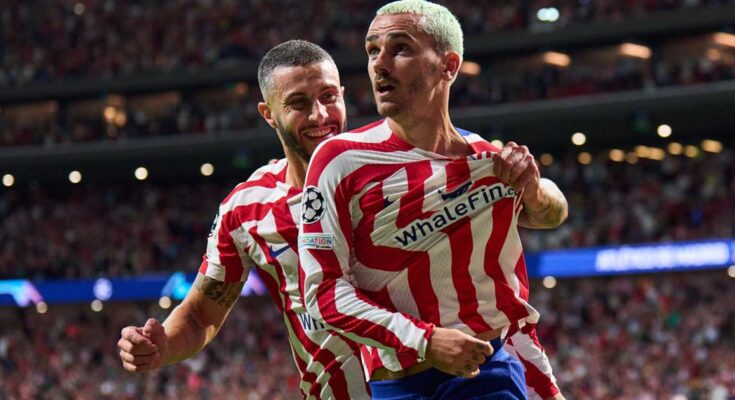 Diego Simeone described Antoine Griezmann as “one of the most important players” in Atletico Madrid’s history after his dramatic winner against Porto on Wednesday.

After 100 minutes and 21 seconds, Griezmann nodded in the last UEFA Champions League goal on record (apart from extra time) to lead Los Colchoneros to a stunning 2-1 victory.

Notably, the previous occasion was when the two sides met last December, with Diego Simeone’s men running out 3-1 winners in Portugal.

Griezmann has had to settle for a substitute role this term, with Simeone recently hinting that the France forward’s bookings were managed to avoid activating the buyout clause in his loan deal from Barcelona.

The Atleti boss then praised the France international and urged him to remain resilient.

“I like Griezmann a lot,” he said at a press conference. “Besides the affection for him, he is one of the most important players in the history of the club.

“We will continue to improve. He gives us a lot and he has to be strong in his head.”

Simeone’s son Giovanni was also in Champions League action on Wednesday, with the 27-year-old scoring his first goal in the competition in Napoli’s 4-1 win over Liverpool.

The Atleti boss added: “Gio wanted to play in the Champions League. He goes to a phenomenal club like Napoli and I’m very happy because he deserves it.

“It has to go on because what you did today, no one will remember tomorrow.”

Atleti are back in action on Saturday when they host Celta Vigo in LaLiga.