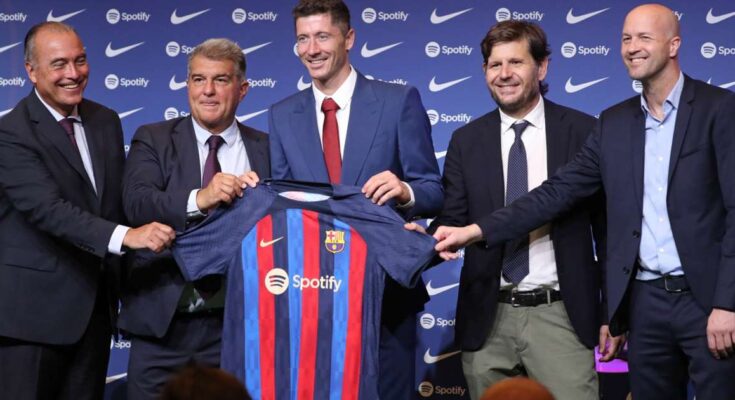 Barcelona sporting director Jordi Cruyff insisted the side’s host of new additions joined in order to “follow their dream” as he hit out at criticism of the Blaugrana’s transfer policy.

Xavi’s new side have impressed this season, taking 13 points from their first five games in LaLiga, but many onlookers have been surprised by their ability to outmaneuver their opponents in the market.

Raphinha and Kounde, for example, were both heavily linked with Chelsea before arriving at Camp Nou. However, Cruyff insists Barca will retain their unique tie.

“Barcelona has a magnet, it’s beautiful,” Cruyff told Guillem Balague ahead of the Cruyff Legacy Summit.

“You can see the pride in the players’ eyes when they get the chance to sign for Barcelona and that helped a lot because they were able to compete with clubs with bigger budgets and better salaries.

“They wanted to sign Barcelona and we are very grateful for these players because, believe me, they had better offers than us.

“And yet they chose to pursue their dream of becoming a part of history. When you see the eyes of these players light up, you know you’re in a special place.”

Tight wage controls in LaLiga meant Barca were forced to wait to register some of their new players, with Kounde sitting out the club’s opening league game as they attempted to streamline their squad.

However, Cruyff believes that those who have criticized the club’s transfer policy lack understanding, adding: “I notice that 99 percent of people do not understand Spanish financial fair play, how to fit into this puzzle.

“It’s something you don’t understand in an hour, it’s more complex and complicated. Even if you have money, you can’t spend it.”

“The news that has come out about us is not always accurate and I understand that people listen to it and think that what Barcelona did is maybe not classy.

“This is a question of understanding fair play. Our task was to improve the team within the strict rules of Spanish football. Now we have a team that can compete with everything.”

Cruyff also believes Barcelona’s purchases have been made with the future in mind, adding: “Most of the players we brought in have a lot of years ahead of them, they have transfer value.

“We made good decisions financially because in the last week of the window you can see how the values ​​have increased.

“We have the squad for the future. The future is here and the present is here. We have things to improve but the club had to make that decision in the summer.

“January 2022 was not the moment to buy four or five players and fix what we needed to fix. In January we looked at the short-term, now the short-term, medium-term and long-term.”

“The team has started really well, the manager has done a really good job. He’s got a positive headache… he’s got a good team to choose from.”

“If it continues in the right direction, the city will come alive again. Even the smaller games are sold out and that shows the mood. You see people so happy with the players who have joined. You feel alive again and this club needed that.”