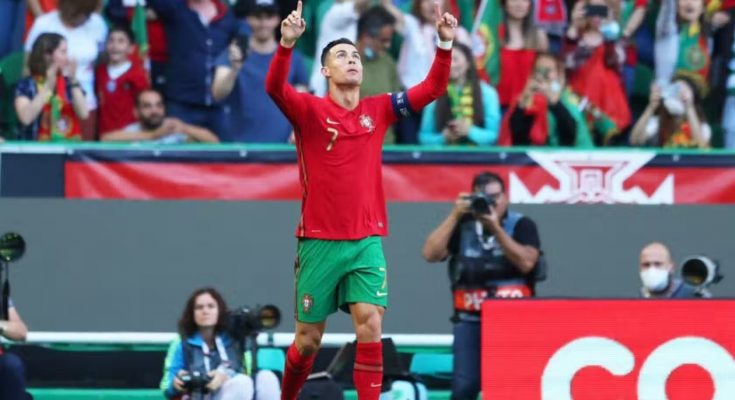 Qatar 2022 is expected to be the last FIFA World Cup in Cristiano Ronaldo’s career. Given that the Portuguese star is already 37, many think there’s not much left in his tank — here’s what he said about his future.

The moment world football has been waiting for is just around the corner. Qatar 2022 is less than two months away and fans know this World Cup will be like no other – it could be the last for the likes of Cristiano Ronaldo and Lionel Messi.

Two of the greatest players of all time, Ronaldo and Messi, dominated the game in the prime of their careers, reducing the Ballon d’Or conversation to just the two of them. But not one of them tasted the highest glory.

Messi turned 35 in June, which is why many believe that this is a golden opportunity for him to become a world champion with Argentina. As Ronaldo is two years older, Qatar 2022 is also believed to be the last international tournament in which the Portuguese star will feature. But that’s not Cristiano’s plan.

Cristiano Ronaldo speaks up on his future after Qatar 2022

On Tuesday, Ronaldo was honored by the Portuguese Football Federation after becoming the men’s international top scorer of all time. At the ceremony, Ronaldo revealed that he has no plans to retire from international football after the 2022 World Cup.

“I am proud to receive an award of this magnitude,” Ronaldo said via ESPN. “I never thought I would be able to achieve this one day. Thank you to everyone who has been important in my career. It has been a long journey, but I would like to say that my journey is not over yet.” to] take a bit more of the load off Cris [Ronaldo].

“I hope to be part of the federation for a few more years. I still feel motivated, my ambitions are high. I am in a team with young people. I want to be part of this World Cup and also of Europe; I will assume that now.”

Ronaldo’s intention is to at least play Euro 2024 before calling it a career with the national team. He will be 39 years old at that time. A World Cup in 2026 looks more unlikely when we consider that Ronaldo will be 41. But if there’s one thing he’s proven to us, it’s that we should never underestimate him.