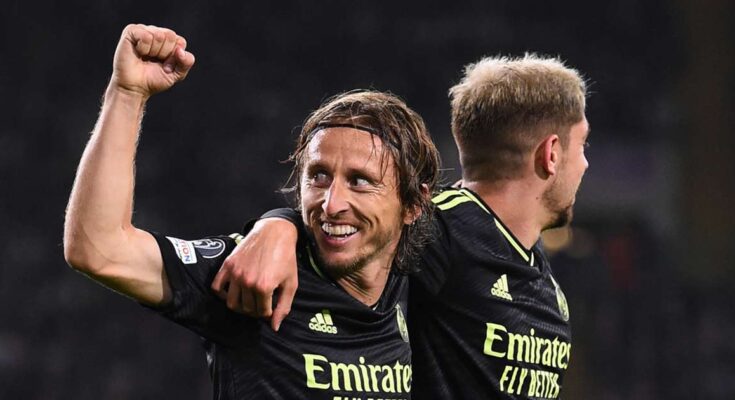 Real Madrid survived a hostile reception and the loss of striker Karim Benzema to injury as they dug deep to begin their UEFA Champions League defence with a ruthless 3-0 win at Celtic.

Los Blancos’ bid for a record-extending 15th edition of the European Cup got off to a poor start when they lost star man Benzema to a knee injury after 30 minutes of Tuesday’s opener.

By then, Celtic had already made it through Callum McGregor and continued to trouble their opponents on their return to the group stage after four seasons.

But as was often the case last season, Madrid found a way through quick-fire goals from Vinicius Junior and Luka Modric, with Eden Hazard adding a superb third.

Liel Abada and Reo Hatate put questions to Thibaut Courtois during a lively half-hour for the hosts at a raucous Celtic park.

Ange Postecoglou’s side came even closer to scoring when McGregor was picked out by Giorgos Giakoumakis and left-footed into the frame of the goal.

Madrid lost Benzema to injury soon after but would have been in front before half-time had Joe Hart not denied Vinicius one-on-one.

The visitors, who survived another free when substitute Daizen Maeda fired past Courtois from close range, opened the scoring 11 minutes into the second half.

At the end of a quick attack, Federico Valverde found Vinicius with a beautiful ball into the center of the box, and the forward calmly chose his place behind Hart with a first-time finish.

Madrid had a second four minutes later when Modrić, making his 100th appearance for the club in the competition, slotted past Hart with an outside the boot finish.

It was a breeze from then on and Hazard – the man brought on for Benzema – added the third from close range after clever play from Toni Kroos and Dani Carvajal at the end of a brilliant team move.