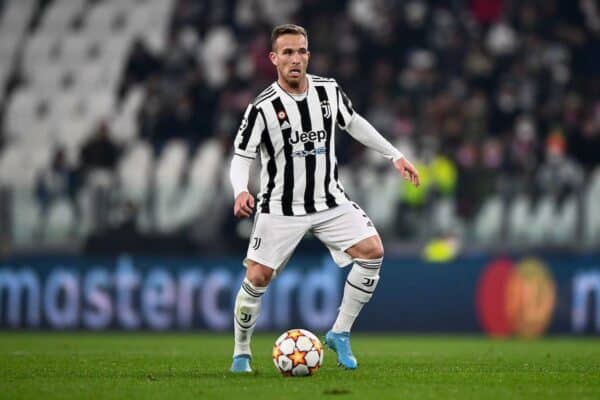 Arthur has swapped Juventus for Liverpool in a surprising loan deal on transfer deadline day as Jurgen Klopp bolstered his midfield options.

Reports suggest that the deal for the 26-year-old does not include an option to buy.

Arthur spent two years at Barcelona before a €72m move to Serie A in 2020, but he made just 11 league starts in Italy last season and is yet to feature this term.

The Brazilian was previously linked with Everton but instead joins city rivals the Toffees for the rest of the season.

The deal follows Juventus’ signing of Leandro Paredes on loan from Paris Saint-Germain and means a fringe figure could be shuffled from Massimiliano Allegri’s large squad.

Liverpool have struggled with injuries in midfield and Arthur, while no stranger to injury himself, adds options in that department.

The former Gremio player is a Brazil international who will be hoping to impress at club level and earn a place in Tite’s World Cup squad.

Arthur, who will wear number 29, told the club’s website after the announcement: “I’m really, really happy to be here wearing this great shirt with this famous badge that represents so much in world football, it’s a dream. .

“We talked a lot and our ideas and visions matched well, so I’m sure it was the right choice. I’m really happy and highly motivated to continue living my dream on the pitch and give my all in a Liverpool shirt.” .”

He will be expected to add bite as well as zest to Liverpool’s midfield, providing cover in an area where Klopp has already seen several players injured this season.