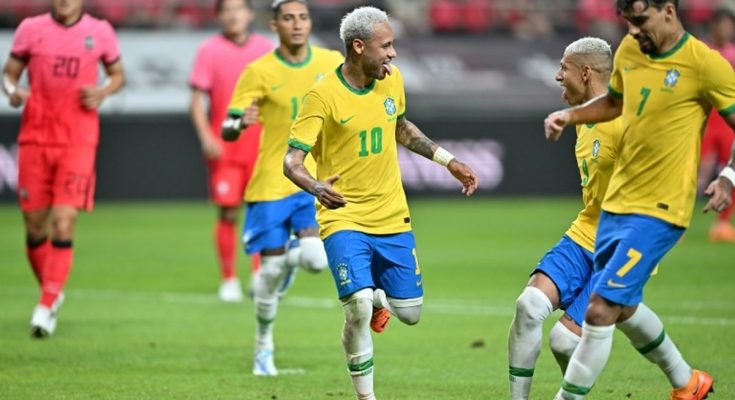 Brazil coach Tite has announced a 26-man squad for the friendlies against Ghana and Tunisia, the team’s final games before the World Cup in Qatar.

Defensive duo Bremer and Roger Ibanez, who play in Italy with Juventus and Roma respectively, are new faces in the squad who could deserve international debuts.

Established names include Alisson, Thiago Silva, Casemiro, and Neymar, with the squad largely made up of those playing in Europe.

Palmeiras goalkeeper Weverton and Flamengo duo Everton Ribeiro and Pedro are three from the Brazilian league, along with 11 representatives from the Premier League and six from LaLiga.

Notable absentees include Arsenal’s Gabriel Magalhaes, Gabriel Martinelli, and Gabriel Jesus, who were all in the last June squad, and 124-cap full-back Dani Alves.

Brazil will face Ghana in Le Havre on September 23 and Tunisia in Paris four days later.