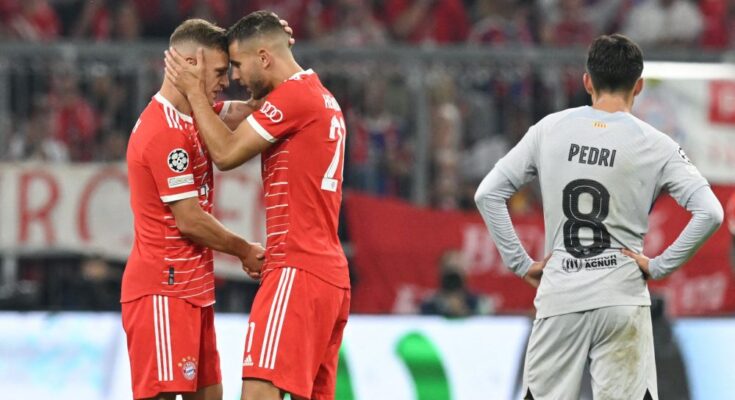 Robert Lewandowski’s return to Bayern Munich was not a fruitful endeavour as a wasteful Barcelona were swept aside in a 2-0 UEFA Champions League defeat.

Second-half goals from Lucas Hernandez and Leroy Sane condemned Xavi’s side to yet another defeat in Bavaria, a historically poor hunting ground for the Catalan giants.

Barcelona failed to capitalize on a dominant first half, with Lewandowski spurning several good chances while Pedri hit the post as the visitors fell two behind.

A comeback never looked likely, with Bayern putting on a stellar show in the second period after a frustrating first 45 minutes.

Barcelona looked the more dangerous from start to finish, Pedri forcing Manuel Neuer into a smart save and Lewandowski missing a chance on the volley.

Lewandowski, always a threat, then saw a close-range header well saved while Raphinha curled a low shot wide of the box.

Marc-Andre ter Stegen was belatedly called into action at the start of the second half as Leon Goretzka tested his compatriot from distance and the resulting corner produced the breakthrough.

Joshua Kimmich’s delivery at the near post met the head of Hernandez, eluding Marcos Alonso and making contact in front of Ter Stegen.

And the lead was doubled four minutes later when Jamal Musiala fed Sane who made a run and skilfully finished into the net.

Pedri clipped the upright after a one-two with Lewandowski created space in the area, but that was as close as Barca would come on another difficult night.