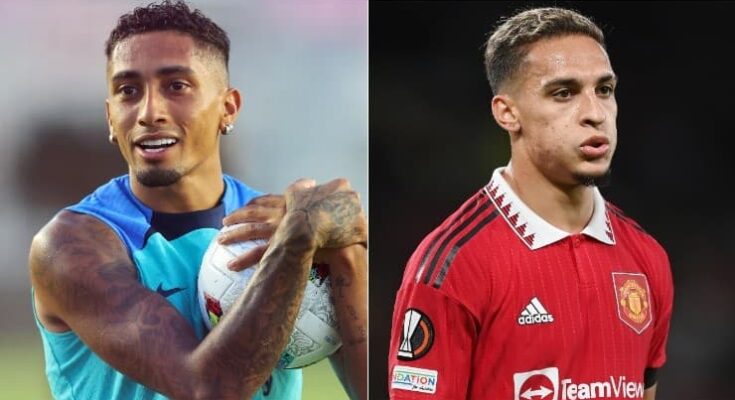 During the summer transfer window, Barcelona allegedly turned down a possible move for Antony. Read on to find out why Barcelona passed up the opportunity to acquire the new Manchester United ace in favor of pursuing Leeds’ Raphinha.

While it was unclear whether Ousmane Dembele would extend his contract with Barcelona this summer, the club were adamant about adding a new winger anyway. After considering a number of options, the Blaugrana have settled on either Raphinha or Antony to bolster their wide attacking unit.

Raphinha’s transfer to Chelsea was agreed on 28 June following talks with Leeds. The deal would reportedly see the Blues pay £55million for the Brazilian winger, as reported by The Telegraph . However, his refusal to move to Stamford Bridge was communicated to Leeds officials.

Meanwhile, the Brazilian understood that Barcelona were interested in him and made it his mission to sign him. Therefore, Leeds agreed to sell him to the Blaugrana on 13 July. Much of the difference had to be made up through repayments and incentives, making it less attractive than Chelsea’s offer. Almost immediately, the 25-year-old eventually agreed to terms.

Why Barcelona rejected Antony for Raphinha

Barcelona reportedly planned to sign Antony instead of Raphinha to bolster their wing options, as reported by Catalan tabloid Sport. Jordi Cruyff, who serves as a consultant to the Spaniards, saw the right winger play numerous times when he was at Ajax last season and was impressed by his performance.

They had several internal debates but ultimately decided to pursue the Premier League star. The report adds that there were several main reasons for this. One is that, unlike his current United counterpart, Raphinha appears to be a more versatile athlete.

Raphinha, who is three years older than Antony, played for Leeds in the Premier League. The latter, on the other hand, had never played in a Europa League outside the top five until his debut under Erik Ten Hag.

In addition, the Blaugrana’s upper management felt that Raphinha would fit in better with the team’s dynamic than Antony. Xavi definitely saw a tactical advantage in having Raphinha rather than Antony on the right wing, despite the fact that both players are comfortable there.

The third and final factor for the decision was his productivity. While he doesn’t always come back to check on things, when he does, he does it with great enthusiasm. In comparison, Antony is considered to have some serious deficiencies in his defensive game.